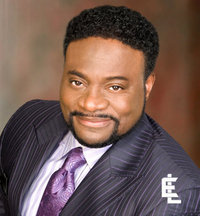 Long, who is what many would call a religious charlatan, is similar to the Bahamas’ Neil Ellis, in that he has apparently been able to convince hordes of spiritually lost people that he is a man of God.

Well, that may not be the case.

Like Jim Baker and Jimmy Swaggert, Long might be just another sexual predator using religion to mask his un-Christian-like lifestyle.

A problem that makes one think of the Randy Fraser case, here in The Bahamas.

At least two young men who have come forward claiming that Mr Long repeatedly coerced them into homosexual sex acts, and that he abused his considerable moral authority over them while plying them with cash, new cars, lodging and lavish trips.

The accusations are all the more explosive because Bishop Long styles himself a social conservative, rails against homosexuality and calls for a ban on same-sex marriage. His church even holds seminars promising to “cure” homosexuals.

Long denies the charges.  But then, so does Randy Fraser.