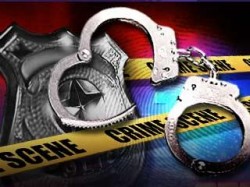 A Supreme Court judge on Friday ordered that four policemen accused of serious crimes be compensated for the Crown’s failure to prosecute them within a reasonable time as he dismissed claims of malicious prosecution and breach of contract.

Stephen Dwight Stubbs, Keith Patton, Henry Brice and Chester McKenzie were never tried on charges that they attempted to break into the Police Force’s drug storage room between September 9 and 10, 1991 to steal cocaine, which they planned to sell. The men were also accused of planning to burn down the drug storage room and the murders of several members of the Police Force while armed with Mac 11 machine guns.

Stubbs, Patton and Brice were arraigned in the Magistrates’ Court on April 8, 1992 and McKenzie was arraigned on the same charges on April 26, 1995.

Their prosecution was stayed on June 18, 2008 after the Crown conceded that their constitutional right to trial within a reasonable time had been breached.

They filed a civil claim alleging malicious prosecution, breach of contract and unpaid wages. The plaintiffs claimed they were deprived of salary for over 16 years as well as the opportunity to receive promotions and pensions.

As for the claim of malicious prosecution, Justice Stephen Isaacs said that police and the Office of the Attorney General had a duty to institute charges against the plaintiffs based on information gathered during a sting operation.

However, Justice Isaacs found breach of the constitutional right to trial within a reasonable time and said the plaintiffs were entitled to compensation.

Isaacs also said the commissioner of police should formally dismiss Stubbs and Brice, who were still technically interdicted. He said the men would be entitled to the balance of their half salary plus any vacation that was withheld from April 8, 1992 to the end of the expiration of their last contract. He said Stubbs is owed half pay for 14 months and Brice for 29 months.

He said the evidence showed that Brice had been overpaid half his salary for 15 months after the termination of his contract, which had to be taken into account in calculating what is owed to him.

The court ruled that Patton was not owed any more money. In fact, the evidence showed that Patton was overpaid half of his salary for 16 months after the expiration of his contract. Isaacs said the Police Force had to resolve this accounting issue.

McKenzie was also not entitled to any money because of his dismissal from the Force for being absent without leave. The court ordered that he receive a discharge certificate as soon as practicable.

Isaacs said none of the men were entitled to gratuity or pension.