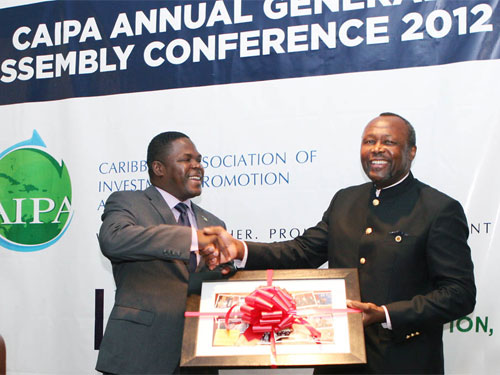 Minister of State for Investments, Khaalis Rolle was the guest speaker at the Caribbean Association of Investment Promotion Agencies (CAIPA) awards banquet November 28 at the British Colonial Hilton.

The two-day CAIPA annual general assembly was hosted by Caribbean Export Development Agency in its role as the CAIPA secretariat.

CAIPA forms part of the regional private sector programme funded by the European Union and in collaboration with the Bahamas Investment Authority.

It was formed in 2007 with the objective of enabling collaboration among the CARIFORUM investment promotion agencies.

Its aim is to strengthen the region’s visibility as an attractive destination, provide joint marketing opportunities, facilitate customised training for its members, and give them access to reliable information.

The theme of this year’s conference was “Strengthening our Foundation, Expanding our Reach”.