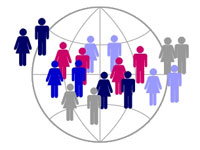 There are nearly 40,000 Haitians living in The Bahamas, which is more than 60 percent of the total number of foreigners residing in the country, according to recently published data from the latest census.

The report, which details the population by the country of citizenship, indicates that there were 290,725 Bahamians living across the country.

That means that just over 60,000 people living in the country are foreigners.

It is unclear whether the Haitian nationals are living here legally or illegally. An official from the Department of Statistics said the question of status was not asked.

The number of Haitians living in the country has grown substantially in the years since the last census was conducted.

In the years between the 2000 census to the 2010 census, the Haitian population nearly doubled, increasing by 82 percent in 10 years.

However, back in 2000 the Haitian community also represented about 60 percent of the total foreign population.

That trend continued based on the latest statistics.

According to the latest census which was released last month, Haitians represent 11 percent of the total population.

The report shows that the majority of Haitians living in The Bahamas are between the ages of five and 39.

Several observers have questioned the veracity of the information, suggesting that the number of Haitians should be higher.

Former Immigration Minister Branville McCartney said if the number represents both legal and illegal Haitians then he doubts that there are only 39,144 Haitians living here.

“I can not see how they can assess that figure when in fact they can’t say how many people are in these illegal shantytowns for instance,” he added.

The report also indicates that 1,243 Canadians live in the country.

There are also 289 people from the African continent, another 336 from Central America and 1,787 from South America living here.

In addition there are 134 Chinese, however, that figure does not include the Chinese who were brought in to work on the Baha Mar project.

Baha Mar sought permission for just over 8,000 Chinese work permits. However, officials said during the peak of the project no more than 5,000 Chinese will be working on the project.

The countries with the least amount of its citizens living in The Bahamas include Ukraine and Estonia, which have four people each and Uganda and Nicaragua, which have six people each.

The report further notes that 2,276 people did not state where they are from.

According to the statistics, people from more than 74 countries live in The Bahamas. 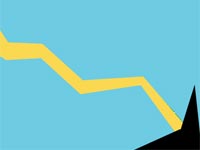 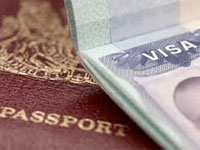