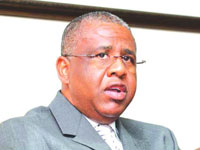 Director of the National Insurance Board (NIB) Algernon Cargill yesterday took legal action against the board and its chairman, Gregory Moss, claiming defamation, wrongful and unfair dismissal and breach of the Data Protection Act.

The court action was filed two weeks after Moss wrote Cargill informing him that Minister of Labour and National Insurance Shane Gibson had directed that he be suspended with immediate effect.

The statement of claim filed in relation to the matter says this was done “without any prior independent and impartial investigation” and without affording Cargill the opportunity to respond to “the false allegations” contained in a letter Moss wrote, dated November 8, 2012.

In the November 8 letter Moss wrote to Gibson, he advised that the Board of Directors of NIB voted to terminate Cargill.

The National Insurance Board is named as the first defendant and Moss the second defendant.

The statement of claim says, “In all the circumstances, [Cargill] had a legitimate expectation that the first defendant, as a public corporation, would have acted fairly and rationally and that he was entitled to be provided with the allegations and afforded a reasonable opportunity to be heard prior to the publication of the letter accusing [him] of dishonesty, complicity, incompetence, conflict of interest, criminal wrongdoing, breach of fiduciary duties as well as the publication of the said letter dated the 14th November, 2012 purporting to suspend [him] with immediate effect.

“As a result of the breach of contract, [Cargill] has suffered loss and damage.”

The court document also claims that an email Moss wrote on September 18, 2012 to Minister Gibson and to all board members and copied to Cargill and three of his subordinates contained defamatory statements.

In the email, Moss noted “with grave concern” Cargill’s view that the board’s Bahamas First insurance policy should not be canceled for the current year “notwithstanding that the Board of Directors has unanimously resolved to cancel it”.

Moss accused “various executive members of NIB” of being complicit in presenting the board with “misleading, distorted and materially inaccurate statements as to the duration of that initial policy, the right of the board to terminate the same, the amount of the premium which would be refundable to NIB upon such termination” and other matters related to the policy.

He also said there was “ineptitude”.

The statement of claim also contains the 22-page letter of November 8 written by Moss to Gibson advising him of the board’s decision to terminate Cargill.

It notes that the letter was leaked to the website, Bahamas Press and posted.

The statement of claim says Cargill was not provided a copy of the November 8 letter or afforded any opportunity to answer the “false and scandalous allegations” contained in it before its publication.

The court document says, Cargill’s “personal and professional reputation have been seriously damaged, and he has suffered considerable anxiety, distress and embarrassment”.

The statement of claim says that unless restrained, the defendants would further publish or cause or permit to be published the defamatory words.

The document also claims that Moss published a letter on November 8 containing defamatory allegations made by a Sean Moss about Cargill.

“The said letter was a part of the personal files of [Cargill] at NIB,” the statement of claim adds. “[Cargill] had a reasonable expectation of privacy that this information would not be released from his personal files without his express written authorization”.

Additionally, he is asking the court for a declaration that Minister Gibson’s decision to suspend him with immediate effect was “unfair, irrational and in breach of the rules of natural justice”.

Cargill is also seeking an injunction to stop NIB and Moss from further publishing or broadcasting the alleged defamation. 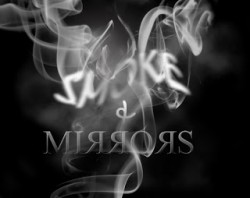 4,500 People Get $5 Million in Unemployment Benefits

Will Greg Moss Get Jail Time?