New Film and Production Hub With Sharks Coming To Bahamas 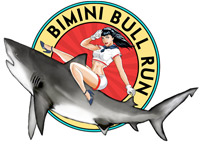 Sharks are some of nature’s most sought after animals in the production world. The Bull Shark (Carcharhinus leucas) has long been considered as one of the oceans top predators. Perhaps that is why divers and non-divers the world over get such an exciting adrenaline packed thrill from encountering them.

Film productions seeking these unique sharks have long had difficulties finding and successfully producing these large predators —   until now.

Bimini Bull Run is a new shark production location on the pristine and white sand island of Bimini, Bahamas a 30 minute flight from the USA. Purpose built for film the television productions at the marina of the Bimini Big Game Club Resort seeking guaranteed shark encounters with large Bull Sharks. This unique site will also be used as a regional film and tv training center for Bahamians seeking to learn more about productions in the Bahamas.

It is a well known industry secret that successful productions with sharks, from commercials to reality tv/hosted shows, enjoy what has been called, ” the shark bump,’ the rise in ratings when sharks are an integral part of productions.

Bimni Bull Run was conceived and built by industry experts who have designed cage systems and a unique platform that is land based to guarantee shark encounters in as short a time as possible, enabling a host of productions the flexibility to film Bull Sharks safely and efficiently.

A spokesperson for the site said: “We’re very excited to be able to offer one day guaranteed shark encounters with this completely unique under filmed shark species. Sharks are under siege around the world and we have found that positive encounters with sharks change attitudes and mind sets allowing for the continued preservation of these animals in ways that negative encounters cannot accomplish. At the end of the day these magnificent animals have called Bimini Big Game Club home since the 1930’s when folks like Ernest Hemmingway called this resort and marina home. It’s a completely new opportunity that allows divers, non divers, and productions a safe place to encounter them in their natural habitat.”

About Bimini Bull Run
Biminibullrun.com is the preeminent one day guaranteed shark encounter site in the Bahamas. Along with cage diving instruction and optional pool courses our specially designed cages allow non certified divers a rare glimpse into the world of the sharks face to face. Our goal is to educate, inspire, and share the world of the sharks with generations of divers and non divers the world over to help preserve this precious resource for future generations. 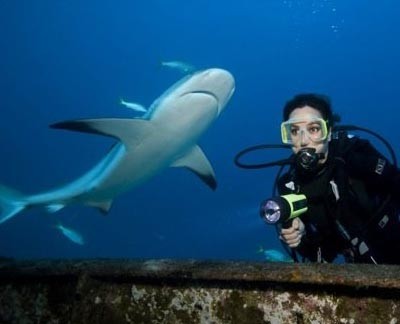 Strange Shark Behaviour in the Bahamas