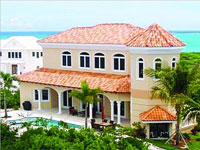 Oceania Heights Limited has won its appeal in the Privy Council against Willard Clarke Enterprises Limited, giving it official entitlement to 11 disputed lots in an Exuma development.

According to court documents filed yesterday, the court found conveyances from Willard Clarke unenforceable because Oceania had recorded a prior sale agreement. From a legal perspective, it is clear that registering an agreement for sale took precedence over a conveyance.

“In view of the language of section 10, the effect of the board’s conclusion might be said to be that, as against Oceania, the conveyances are ineffective or even void, with the result that Willard Clark Enterprises is obliged to convey the 11 lots direct to Oceania, in order to complete the 1995 agreement,” he said.

The judgement brings to an end a contentious issue being watched eagerly on the sidelines. Oceania Heights, comprising of more than 40 acres of prime oceanfront land in Exuma, was purchased from Willard Clarke Enterprises in 1995. However, Willard Clarke allegedly sold land included in that sale, which gave rise to these 11 disputed lots.

The principals of Oceania also sold property in the disputed area to international investors.

Following the judgement, these lots will now be transferred to Oceania, allowing it to meet any obligations to investors. Willard Clarke, however, could face further legal action.

“Whatever the correct analysis of section 10, the effect of the board’s conclusion is that anyone who has entered into a contract for the sale, lease or grant of an interest in or over land, or who has brought, leased or been granted an interest in or over land, would be well-advised at once to register their contract, conveyance, lease or grant,” the court document read.

“In light of the indemnity agreement, however, Oceania is effectively bound to compensate the purchasers for any damages which Willard Clarke Enterprises would be obliged to pay them as a result of the breach of the contract to convey the 11 lots (with good title),” it stated.

The board advised that there should be no order for costs on the appeal.

Yesterday’s judgement should come as good news to investors in Oceania. While lot owners have voiced a number of concerns, one of the issues was the alleged double-selling of lots. The judgement should go a long way to clearing up any misunderstandings and determining proper ownership.

Last Friday, Deputy Prime Minister Philip Brave Davis held a meeting between more than a dozen international investors in Oceania and its principals.

The principals of Oceania Heights have been accused of failing to process stamp duty, provide official documentation and falling behind in the construction of amenities. It has also been alleged that lots were sold prior to Oceania Heights receiving subdivision approval.

Anthony Thompson and Howard Obront, the principals, have denied any wrongdoing and expressed willingness to work through the matter.

Davis is scheduled to meet with lawyers on both sides sometime this week to “accelerate” resolution in the matter.

“The country is being put in a bad light,” he said last Friday.

“I have agreed to accelerate the process, if I can. The issue has serious implications to persons involved. A swift resolution will be the best for all parties.”