Parents Furious Over ‘Mold In School’ 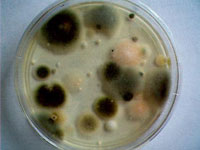 A number of parents have told The Freeport News about a mold problem in the Lewis Yard Primary School at St. Vincent de Paul Church.

It is alleged that teachers and students have suffered sickness, and the school was forced to close for a half day recently.

A call to the Ministry of Education confirmed there were mold problems but Deputy Director of Education Sandra Edgecombe said she is satisfied the problem has been dealt with.

She said that during the reconstruction of the new school area the contractor had acknowledged the problem and had told the Ministry about it, in turn he was asked to deal with it.

The problem was first noticed because of a leak in the principal’s office which, Edgecome said, was dealt with. Since then, she said, there has been no repeat of the problem that the Ministry was made aware of.

However, the parents contend that the problem began when the school opened, and has continued to get worse.

One parent said she has three children attending the school, which was relocated from the Lewis Yard area because of issues with the odors from the nearby industrial area. She said they have all had really bad coughs since late last year.

Asked about the mold, she said it appears to be in all the classrooms, because she said her children are in kindergarten to fourth grade, and despite seeing a doctor, they are not getting any better.

She as well as others have also said that teachers are becoming affected by this issue.

Administration, staff and students are of top priority, said Edgecombe. She also stressed that the Ministry would not put anyone in danger, therefore she feels strongly that the steps taken so far to deal with the issue have been effective.

She stressed again she is satisfied the matter has been dealt with.