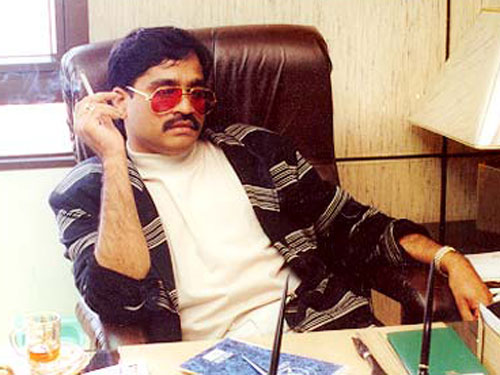 Days after an investigation found that ganglord Dawood Ibrahim’s cash was washing up in the offshore banking haven of Nassau in The Bahamas in a Bank of Baroda branch, the Central Board of Direct Taxes (CBDT) has approached the channel seeking details into the report and has sought a copy of the CD.

On Saturday, Finance Minister P Chidambaram had assured that officials will look at the CD of the story and take action as required.

Bank of Baroda, however, has denied any involvement in the alleged transfer of Dawood’s funds.

Meanwhile, R Jagannathan, Editor, FirstPost.com, had said, “Bank of Baroda should be checked. What are they doing in Nassau? Are they serving an Indian community? They should do a full investigation of their clients. As of now, it is only a Know Your Customer (KYC) policy violation that happens regularly in India”.

“In response to some of the news items appearing in TV channel regarding the purported transfer of funds through Bank of Baroda, Nassau Branch, Bahamas, it is clarified that Bank of Baroda, Nassau has been maintaining among others, the account of Dubai Exchange for last several years. It is a KYC Compliant account where transactions takes place in normal course of business to established banking channels,” said the bank in its statement.

Cash from Afghanistan-Pakistan based terror groups, being handled by Dawood, has been traced to The Bahamas and is lying at the Nassau branch of Bank of Baroda. Highly-placed government sources have told FirstPost and CNN-IBN the Bank of Baroda’s Nassau branch saw successive wire transfers of several hundred thousand dollars from at least three Dubai-based currency exchanges – the al-Zarouni Exchange, the Dubai Exchange and the al-Dirham Exchange – suspected to be proceeds from organised crime.

The Al-Dirham exchange is named in an Indian government dossier on Dawood Ibrahim’s operations. The Bank of Baroda’s Nassau branch did not respond to an e-mail from FirstPost. Government sources said, “From the bank’s point of view, they are doing nothing illegal, or even wrong. But the government is worried about the money and where is it going from Nassau”. “They are highly transnational, they move billions of dollars annually, and service a wide range of clients from corrupt officials, to drug traffickers to terrorists,” said Gretchen Peters, Transnational Crime Expert.

Dawood, as the investigation reveals, has emerged as the principal provider of financial services to narcotics traffickers and jihadists across South Asia – a business pegged at over $3.5 billion a year, which uses front companies to access the global financial system. New Delhi had provided Islamabad with the dossier in 2011, naming at least 11 United Arab Emirates-based entities controlled by Dawood’s crime cartel.

“Ibrahim is highly embedded in the system,” Sushant Sareen, an analyst at the Institute for Defence and Strategic Analyses, said. “Say, there is a General’s son who needs his studies at an elite American university paid for, or a politician who is in financial trouble-well then Bhai can help,” Sareen said.

Dawood’s operations matter to Pakistan as well. Laundered money remitted back into Pakistan is boosting the economy. In 2012, remittances jumped to over 10 billion dollars. The Karachi stock exchange gained 49 per cent in 2012, fuelled by Dawood, say experts.

“I think it’s because he is part of the jihadi network which is linked to the Pakistani defence establishment,” said Ayesha Siddiqa, Defence Analyst, Islamabad.

“He bankrolls a lot of things, and therefore he continues to have a value,” she added.

Clearly the US-led fund squeeze on terror money and terror fund managers like Dawood and India’s efforts to pressure Pakistan on the ganglord is not working. The Dawood empire seems to be flourishing.