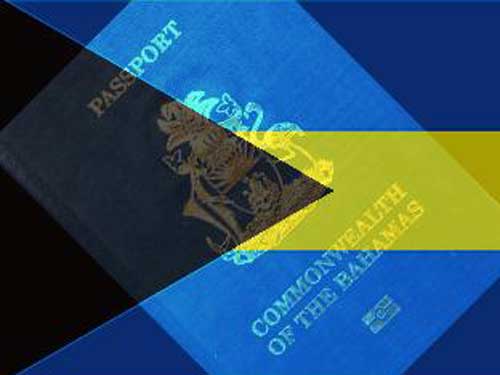 An attempt to limit the use of foreign workers in the Bahamas came under renewed criticism after a U.S. citizen working at the country’s largest resort was briefly detained by immigration agents for having an expired work permit.

The worker, a sea lion trainer at the Atlantis Resort, was questioned and taken away by agents as she led an exhibition for guests.

She was quickly released, but the incident drew a rebuke from the resort, the largest private employer in the Bahamas.

“We are dealing with this as privately as possible with the relevant authorities,” said George Markantonis, the managing director of Atlantis. “But we are extremely upset.”

Officials said the woman, whose name was not released, had worked at the resort for about five years and had been waiting for months for her permit to be renewed.

She was in a wetsuit in a resort pool for the exhibition on Tuesday, April 23, 2013, when two immigration agents appeared and demanded she immediately present her passport and work permit.

Foreign Affairs Minister Fred Mitchell issued a statement saying he regretted how the incident with the Atlantis employee was handled and said her work permit had been resolved.

However, Mitchell defended the crackdown on work permits as a way to encourage more companies to hire Bahamian workers.

“This applies from the top to the bottom. It applies to the bank, the newspaper and the industrial sector. It applies across the board,” he said at a news conference on Monday, April 22, 2013. “It is a simple question. Is there a Bahamian available for this job? If there is a Bahamian available for this job, then a work permit will not be granted.”

The U.S. Embassy also said that it was closely monitoring the situation and that Charge d’Affaires John Lowell Armstrong met with officials at the Ministry of Foreign Affairs to discuss the issue.

“We will continue to stress the importance of fair treatment in applying immigration and labor regulations,” the embassy said in a statement.

Winston Rolle, former CEO of the Chamber of Commerce, said there are not enough skilled Bahamian workers available for the private sector.

“What happens when we cannot find people to get the job done? Are these businesses supposed to go without? I don’t think that is practical and realistic,” Rolle said. “I think the current stance by government is damaging. For people sitting outside of the Bahamas, what is being portrayed is scary.”