No Excuse For Commissioner’s Failure To Close Web Shops 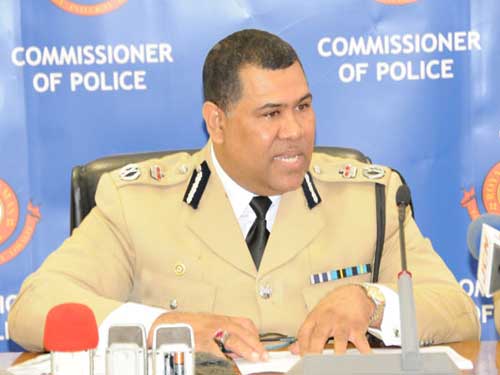 Police Commissioner Ellison Greenslade said no one has the right to tell him when and how he should act regarding the web shops.

He said he will not be dictated to by anyone but the law on what actions he should or should not be making because “it just does not work like that”.

Mr Greenslade’s comments were in response to criticism from Opposition Leader Dr Hubert Minnis, who said on Sunday that there was “no excuse” for the Commissioner not to take action and urged him to “obtain search warrants to close down all illegal gambling and lottery operations in The Bahamas”.

“The only thing that can hold my feet to the fire is the law. I am bound by the law. I will not take instructions from anyone but the law. I am not wishy-washy, it does not happen like that. I am not going to be disrespectful to anyone and I have asked my officers to follow my lead.”

This, from the man who did absolutely nothing about illegal web shop gambling over the past five years.

If Mr Greenslade’s only master is the law, why are these web shops still here?  They have been illegal since the day they opened. Why was there a referendum?  Why were there court cases and appeals?  If the Commissioner had done his job five years ago, none of that would have occurred.

“I am not going to respond or offer opinions in an arena where I am not allowed to, that would be disrespectful. I cannot as a Commissioner come to the table and demonstrate respect by doing that. The public has every right to question and offer comment, that’s fine, but you have to look at it and recognise that when you offer a comment, it’s a comment being offered in a country you claim to love and when we destroy it by carelessness, there is no turning back,” he said.

In other words, the public can speak out, but not if speaking the truth is detrimental to our nation’s public image.  This is the same mentality the police have when they skew crime statistics to make it look as if crime is down. Which Mr Greenslade says doesn’t happen, but most people think it does.

“We have to be very careful. If a person in the Bahamas requests a business license, not from the commissioner and it is duly granted and their fees are paid and they indicate what it is that they are going into business to do, they employ people and they pay their contributions, whatever that business is, the Commissioner has no right to turn up and shut the door. There is no law that gives me that right.

“However, whatever that business is, if that person allows an illegal activity to take place on his or her premises, I have a right in law to do something about it,” said Mr Greenslade. And yet the web shops are still open… and still breaking the law.

Yet Mr Greenslade apparently has no qualms about insulting our intelligence by allowing these criminals to continue their businesses.  And giving as an excuse the comment that his officers are investigating whether or not any laws have been broken.

I venture to bet that every police officer who has patronized a web shop in the last five years knows damn well they are breaking the law.

The views and opinions expressed are those of the author and do not necessarily reflect the official policy or position of BahamasB2B.com