Shantytown Residents Will Be Blocked From Rebuilding 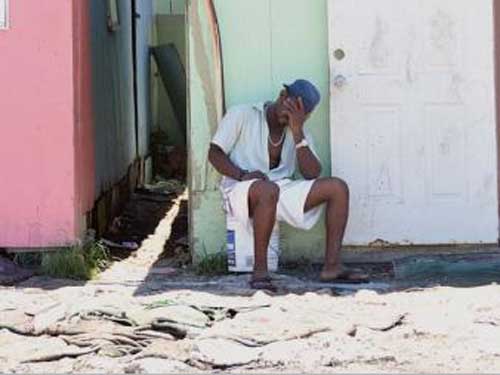 Owners of land off Joe Farrington Road will not allow people displaced by a massive fire there on Monday night to rebuild, the landowners’ attorney said.

John Bostwick said his clients own 2.5 acres of the land.

According to the National Emergency Management Agency, more than 100 people were left homeless and at least 30 homes were destroyed.

An estimated 400 people live in the community, according to government officials.

Bostwick said his clients are “eager” to assist the government in enforcing a recently issued health and environmental compliance request.

He said his clients want to see a resolution to the long-standing issue and following receipt of the government’s notice, they issued an eviction notice to hundreds of people residing in that community.

“As you would note, those notices refer to the intent to prosecute or the potential for prosecution if certain things are not done in the allocated timeframe,” said Bostwick, during an interview with The Nassau Guardian.

“The government has been speaking strongly to this, and the owners of the property do not wish to, in any way, appear to be flying in the face of government, and they are doing everything they can do to comply with these notices.”

The notices contain five compliance requests relating to sanitary landfill and conditions; garbage removal and storage and maintenance of the premises.

Bostwick said his clients, who inherited the property many years ago, previously sought legal advice after several unsuccessful attempts to address people building and residing on their property.

He said it was suggested to them that they demand some form of compensation, which they were told would have the added benefit of offsetting any potential claims from those people of squatters’ rights.

“The property owners are making more than every attempt to work closely with the government, and I can say representing them that they to a great extent have reached out to the government for assistance moving forward,” Bostwick said.

He said his clients are horrified by what happened on Monday night.

“They are thankful and thanking God that no one was injured, and they wish to convey that, and they have conveyed that to the persons, who are or were residents on the site,” he said.

Bostwick has declined to name his clients. He said at this time they do not want negative publicity, and have taken exception to the term “slum landlords”, which some people have branded them.

He said discussions between the owners and the government over a resolution is ongoing, but his clients hope that a holistic and coordinated approach is taken in the best interest of all.

While the attorney did not reveal details, he said his clients have not collected any money from people residing on their property since the government issued its eviction notice.

A recent report completed by the Department of Environmental Health Services indicated there at least 15 Haitian shantytowns in New Providence.

Researchers found a “marked indifference to the extremely unhealthy conditions by those that occupy the shanties”. 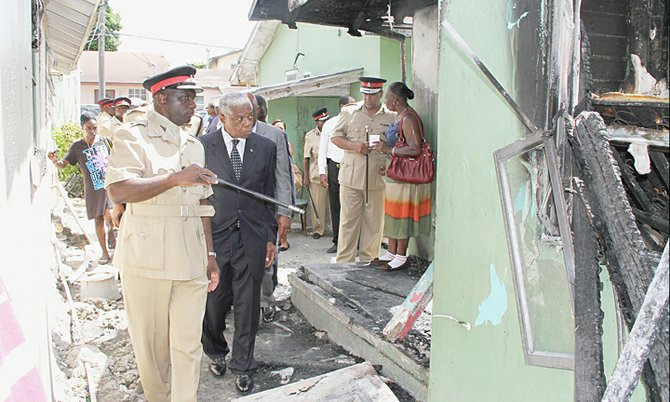