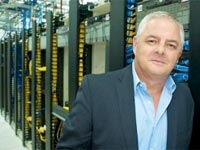 Cable Bahamas Ltd. announced that it has completed the acquisition of U.S. Metropolitan Telecom LLC (U.S. Metro), a Florida-based telecommunications provider. The transaction, announced in late December 2012, is part of a series of transactions which have received Bahamian Government regulatory approval.

U.S. Metro is an integral part of Cable Bahamas’ international expansion which incorporates the acquisition of four telecom and broadband providers in the Central and Southwest regions of Florida.

“The completion of this acquisition is a significant milestone in our drive to grow and expand our footprint,”  commented Anthony Butler, President and CEO of Cable Bahamas.

“U.S. Metro’s regional fibre optic network dovetails nicely into our own national and international system to create a mesh of connectivity across the major centers of The Bahamas and the metropolitan markets of Central and Southwest Florida.”  Cable Bahamas has incorporated in Florida a new wholly-owned subsidiary — Summit Vista Inc. — to hold the shares of the Florida acquisitions.

As a result of this combination, Cable Bahamas owns and operates a state-of-the-art IP-based network which provides service to a wide range of retail and commercial segments and greatly expands the product portfolio of the merged companies, which passes over 18 million people and the second largest visitor market in the United States.

Frank Mambuca, divisional president for the Southwest region noted: “Florida and The Bahamas have a long and sustained history and it is exciting to witness that our two IP networks can be connected seamlessly to provide a network that delivers Internet video, voice, data services, SIP trunking, hosted IP PBX, IP VPNs and other cloud services” .

Mr. Butler noted, “This is a proud and pivotal moment in Cable Bahamas’ short history, as all of the acquisitions replicate Cable Bahamas’ current business model, mutually built upon technology and common product lines.”  Earlier this year the transaction received approvals of the FCC in the United States.