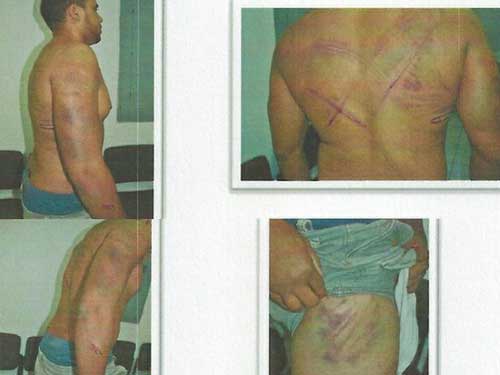 The investigation into allegations of an assault on Cuban detainees by Defence Force marines officially began on July 30, more than six weeks after the incident occurred, with an “Investigators’ summary for prosecution” report being submitted to Defence Force Command on August 14.

It has also been revealed that a police investigation into the beating claims was launched on July 24, and ended on July 29.

According to documents, on July 30, the Commander of the Defence Force, Commodore Rodrick Bowe, directed an intelligence officer to begin an investigation into claims that three Cuban detainees were beaten by officers on June 13.

However, two weeks before this, on June 16, the commodore, after getting information from Minister of National Security Dr Bernard Nottage and the Minister of Foreign Affairs Fred Mitchell, ordered a probe into a “staged” video created by Cuban detainees that purported to show such beatings, the documents said.

The following day, Mr Mitchell is reported as having said: “This appears to be a manufactured attempt to create a damaging and defamatory impression of the Bahamas. The television station ought to be ashamed of itself for publishing something which is so patently false. It is irresponsible of them to publish it knowing the passions that these matters can inflame.

“That video is a complete falsehood and an outrageous concoction.

“It remains to be said that the Bahamas government does not beat those in its custody. All detainees are treated with respect and in accordance with all applicable conventions and with human dignity and courtesy.”

Seven Defence Force Marines are accused of assaulting the men.