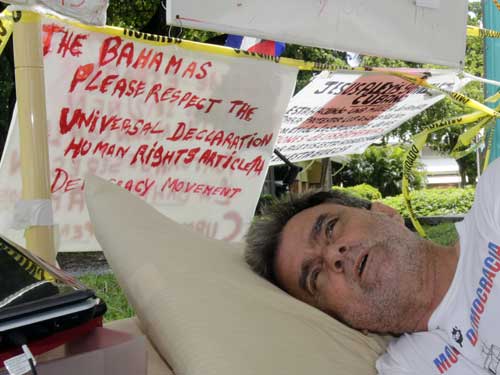 Panama’s government says it has granted asylum on humanitarian grounds for 19 Cuban migrants who are being detained in the Bahamas.

A Sunday statement from the Foreign Ministry says the decision was made by President Ricardo Martinelli. It says Panama has historically been a country that offers asylum for humanitarian reasons.

The ministry did not specify which Cubans were getting asylum.

The statement said one consideration in the asylum decision was criticism by rights groups of the treatment of Cubans detained in the Bahamas on suspicion of illegal immigration. Activists in Florida allege that detainees have been beaten by guards and denied adequate food, water and medical care while held at a center that the U.S. and U.N. have said does not meet international standards.