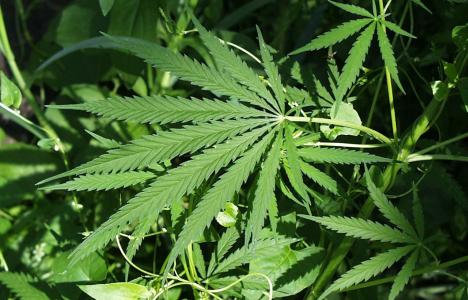 In the words of the late Bob Marley, “Excuse me while I light my spliff … every little thing is gonna be alright.” That’s if and when the law allows it, of course.

But it seems there’s a new urge for legal ganja in the Caribbean these days. The Trinidad and Tobago Chief Justice Ivor Archie wants it, and apparently Caribbean Community (CARICOM) leaders want it, with a conversation beginning this week about legalising the use of small portions of marijuana.

During his speech at the opening of the law term on Monday, Chief Justice Archie called for the decriminalisation of the use of inconsequential amounts of marijuana. He says it is a sure way of helping to unclog the criminal justice system in Trinidad and Tobago. The backlog of cases has been a major bother to the country’s judiciary for many years now.

Trinidad and Tobago’s acting commissioner of police Stephen Williams told Caribbean News Now he has no position on the chief justice’s comments. He would only share his position on what the law is.

“There is legislation governing dangerous drugs and we have to enforce the law, if the law changes then we adjust to the changes of the law,” noted Williams, who is himself an attorney-at-law.

Decriminalising the famed “spliff” that many young men in particular were sent to jail for, if caught with as little as a “joint”, is also being backed by CARICOM heads. Current chair of the regional body and prime minister of Trinidad and Tobago Kamla Persad-Bissessar told the media on Tuesday that CARICOM leaders agreed to engage each other on this hot topic and has promised by February 2014 to make available research data on decriminalising the use of small amounts of marijuana.

The matter came up at the 27th meeting of the bureau of the conference of heads of government of the Community, which was held in Port-of-Spain on Tuesday.

Persad-Bissessar noted that several states in the US have legalized the use of marijuana and CARICOM will do its research and present their findings next year.

Only last week incoming chairman of the conference, St Vincent and the Grenadines prime minister Ralph Gonsalves said regional governments should consider decriminalising marijuana use. Giving support to the idea at the conference, Gonsalves said it is not a bad idea to have discussions on legalising the use of small amounts of marijuana.

“I understand in Trinidad in the Northern Range there is an excellent ganja being produced and you are importing a lot from Central and South America, and the extent to which imports have been coming from St Vincent has diminished considerably. The production in T&T has risen sharply,” Gonsalves said.

Immediate past chairman of the conference, Haiti’s president Michel Martelly attended the meeting via video conferencing.

Also part of the discussion was the economic challenges facing member states.