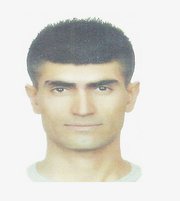 The family of two Turkish nationals who Bahamians were trying to smuggle into the United States last year said they are not giving up hope that their loved ones will be returned to them one day.

Having recently offered a reward of $100,000 to anyone who can provide information leading to the return of the missing Veysi Oral and Huseyin Oskan, Mesut and Nayif Gumas said they have not lost hope.

Veysi Oral and Huseyin Oskan were working illegally in Grand Bahama before they attempted to be smuggled into the United States.

Reportedly, they had been encouraged by a local businessman in Grand Bahama who told the pair that they would be making “more money” if they were in the US.

Promising them safe passage into Miami for $6,000, the men each paid the fee and were bundled into a go-fast boat with 10 Dominicans, and seven Jamaicans on March 9, 2012. Nineteen months later, none of these men has been seen or heard from since.

“People in Grand Bahama, lead detectives in the case, know exactly what happened to these people…” 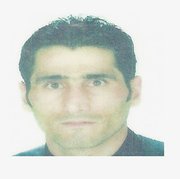 Speaking to The Tribune yesterday, Mesut Gumus said: “Even though so much time went over the case, we still believe that they are alive and being kept by persons. We will never stop to find them whatsoever.”

Mesut and Nayif claim they know the identity of two Bahamian men in Grand Bahama that they believe know the whereabouts of their relatives. They also suggest police have not done enough to find their missing relatives.

“People in Grand Bahama, lead detectives in the case, know exactly what happened to these people,” Nayif Gumas said, adding: “Police know the boy from Grand Bahama who did it.”

Nayif Gumas also claimed he had evidence proving two men in Grand Bahama took their relatives. He asked The Tribune to take the evidence to authorities.

A source close to the situation said after coming to the Bahamas, the two missing Turkish men often travelled to Cuba and Jamaica and suggested that they could have gone missing in either of those countries.

Concluding his appeal for persons with information on the whereabouts of his relatives to come forward, Nayif Gumas said: “We just want to know, are they alive, have their body parts been sold or have they been killed?”