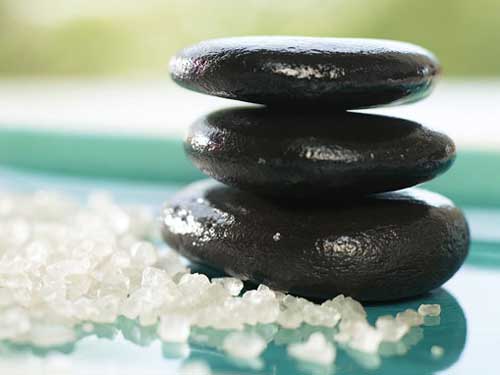 According to The Global Wellness Tourism Economy report, the category is projected to grow on average 9.9 percent annually over the next five years, nearly twice the rate of global tourism overall, reaching $678.5 billion by 2017, or 16 percent of total tourism revenues.

The study also noted over one-half of growth in wellness tourism through 2017 will come from the Asian, Latin American and Middle Eastern/North African markets, and India will be number one globally over the next five years, clocking a 20 percent-plus growth through 2017. And wellness tourists are higher spenders, on average, spending 130 percent more than the average global tourist.

The study was conducted by SRI International, in conjunction with the Global Spa & Wellness Summit (GSWS), the industry’s leading education and research organization, which presented the GWTC in New Delhi, India. The study is the first to benchmark and analyze this fast-emerging tourism segment and, according to SRI, is expected to be eye-opening for governments and tourism industry stakeholders worldwide.

“For decades, the very concept of a vacation has been associated with excess: too much eating, drinking and too little sleep — leaving too many travelers less healthy when they check out than when they checked in,” said Ophelia Yeung, lead author of the study and co-director, Center for Science, Technology & Economic Development at SRI. “This new research clearly reveals that more people are now choosing destinations that help them keep or get healthy while traveling, while a smaller (and also growing) segment are also now taking trips with the specific, sole purpose of improving their personal well-being.”

Definition & Methodology: SRI defines wellness tourism as all travel associated with the pursuit of maintaining or enhancing one’s personal well-being. The wellness tourism economy includes all expenditures made by tourists on these types of leisure and business trips, including lodging, food and beverage, activities/excursions, shopping and transport.

Percentage of Global Trips: While wellness tourism represents roughly one in seven total domestic and international tourism dollars (14 percent), it represents 6 percent of the number of international and domestic trips — or 524.4 million.

Powerful Impact on Jobs and Economies: Wellness tourism is directly responsible for $11.7 million global jobs, which delivers $1.3 trillion in global economic impact — or 1.8 percent of the world’s GDP in 2012.

Europe and North America Dominate…For Now: While over 50 percent of the projected growth in wellness tourism through 2017 will come from Asia, Latin America, and the Middle East/North Africa, the SRI study found that today’s typical wellness traveler is well-educated, well-off, middle-aged and hails from Western and industrialized nations. Europe and North America drive the outbound international wellness tourism segment, with five countries — the U.S., Germany, Japan, France and Austria — currently representing 63 percent of the global market. Additionally, the U.S., France, Austria, Germany and Switzerland drive the most inbound, international wellness tourism arrivals. Countries that attract the most domestic wellness tourism trips include: the U.S., Germany, Japan, China and France.

Spa Tourism Critical, but Not Majority of Market: Spa tourism is a core component of wellness tourism (41 percent of market), but non spa-related wellness tourism (whether “healthy hotels” and cruises; baths/springs; fitness, yoga or lifestyle retreats; travel to nature parks/preserves; organic/natural restaurant expenditures; and other “healthy” lodging and retail) represent 59 percent of the market.

“Wellness tourism is poised to reshape tourism as we know it. So many 21st century forces are fueling it, including the rise of chronic diseases and the unprecedented stress of modern life,” noted Jean-Claude Baumgarten, GSWS keynote speaker and former president and CEO of the World Travel & Tourism Council. “What people want to achieve during their ever diminished time off is undergoing a sea change, with millions more every year demanding destinations that deliver physical, emotional, spiritual and environmental health — along with enjoyment.”