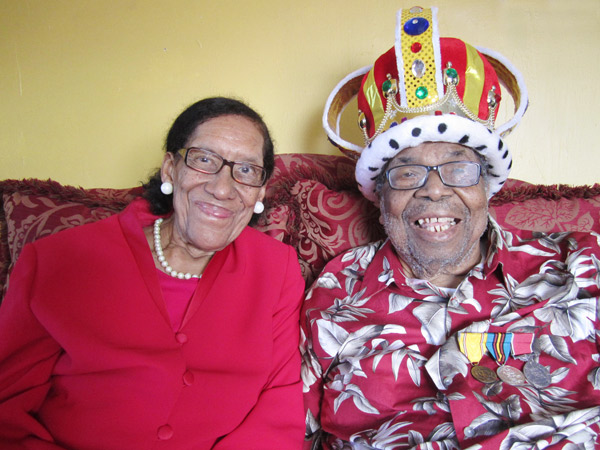 Prime Minister Perry Christie said Francis led a long and extraordinary life of service to the Baptist faith and the Bahamian people.

“He was an outspoken and courageous preacher and one of our nation’s most respected spiritual leaders,” said Christie, in a statement.

“By his personal example, he inspired successive generations of his compatriots to hold dear the virtues of family life.

“Of particularly poignant note in this regard, he was the personification of what it meant to be a devoted husband.

“His public professions of love for his wife whom he affectionately called ‘Sweet Potato’ are the stuff of enduring legend.

“Long before it became fashionable for Bahamian men to do so, he was openly expressive of his love for his wife and children who, in their own right, continue to make major contributions to our nation in areas as diverse as religion, health care and culture.”

Christie said Francis was also a noted freedom fighter in the era of struggle for Majority Rule.

“As the brother of the Rev. Carlton Francis, one of the major political and trade union figures of his time, Rev. Earle himself played a vital role in the great historic movement for change,” the prime minister added.

“The same fiery passion of social justice and freedom that motivated him in that period would stay with him in the ensuing years, indeed to the very end of his life.”

Noting that Francis led First Baptist Church on a spiritual journey for 50 years, Minnis said he positively impacted the lives of hundreds of Bahamians throughout the country and people throughout the Caribbean and the world.

“A World War II veteran, in The Bahamas British Legion, Rev. Francis was the first black to serve in the Royal Air Force Military Band,” he said.

“He was also the first black member in the Bahamas Hotel Association. An astute entrepreneur, Rev. Francis is credited to have established the Francis Hotel that was located in the popular Over-the-Hill area of Grants Town.”

He noted that Francis was also the longest serving chaplain of the Senate.

Francis’ son, Percy ‘Vola’ Francis, leader of the Shell Saxons Superstars, said yesterday the family is grateful for the support it has received since his father’s passing.

“It’s incredible the outpouring of condolences from all over,” Francis said. “We are a large family. Dad has touched so many lives.  It’s just phenomenal.”

Rev. Francis is survived by his widow, Marjorie, 11 children and many other relatives.