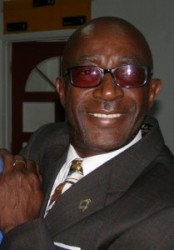 Response to a letter in the newspaper by Mr Ortland H Bodie, of which I wish to take umbrage.

Mr Bodie, your letter appears to be a warning to Mr Bostwick and the Hon B J Nottage that you intend to contest that seat come the next election. First of all, let me say to you that no political party in this archipelago will have on their candidate committee any member who in their wildest dream would give a thought to recommending you as a candidate for any constituency in this nation. But as a citizen in a democratic Bahamas, you can by all means nominate yourself as an independent candidate and I, without fear of contradiction, will bet any amount of money that that will be the only way you will ever be able to run in an election barring the formation of a political party of your own.

You wrote that the constituency deserves and needs good and real representation, that may be so Mr Bodie; but to put it to you as simply as I could, you, my friend are definitely not the answer. You also wrote “obviously he (Dr Nottage) cannot cut it at this stage”, cut what Mr Bodie? You wrote further “my past, dubious as it might be, is behind me”. Is it Mr Bodie?

Suppose you take another look at yourself, I am sure that you will see your past, not behind you; but on both sides of you and I can assure you that if you have the tentacular fortitude to run in an election in this country you will find your tainted past in front of you at every turn.

You said “I have no axe to grind and there are no questions by now that might be asked of me”. Well, sir, speaking of questions how about this one as a starter: “Has the money been paid as yet? And if not why not? As a guest on Steve McKinney’s show a few weeks ago, the question arose about the payment of the misappropriated funds and the victim called in to say that they were not paid.

In your usual braggadocio style, for you come across as being shameless, you said: “What you see is what you will get, warts and all” then you go on to use a line from the song in a Jamaican movie some years back (smile orange): “The harder they come the harder they fall” in your case, sir, this can be prophetic for you.

As a boy, I was taught a number of old Bahamian sayings which have stood the test of time, one of them says thus: “Chips never fall far from the block”. This is not only a saying, but a truism. Yes, Mr Bodie, the voters in Bain Town agree with you 110 per cent on that point, because that point will be the reason for your rejection at the poll.