I was a journalist with the Bahamian media for five years. I then worked with the country’s media houses in a different professional capacity for seven years. I am sometimes openly critical of the media (The Fourth Estate) because I know the vital role the media plays in a democracy, and I see key areas where the media in general does not take that role as seriously as they ought to in my view. With that being said, people who are angry about recent stories on elected officials or high-profile political figures need to understand that the media is never supposed to show preferential treatment to anyone at any time.

The media’s job is to be the watchdogs for a society and hold to the fire, the feet of all public officials. The media is supposed to report information accurately, truthfully, factually, contextually, knowledgeably, ethically, with balance, without bias or agenda and without favor or fear – no matter who the information is about. Anything less than or outside of that is public relations, propaganda or both – but it is not journalism. Journalists are not supposed to pick and choose who to either “respect” or focus on. Journalists are not supposed to show anyone preferential treatment, nor are they supposed to ride on anyone’s team. And they are not supposed to concern themselves with who will get mad, once they follow standard journalistic guidelines and ethics when reporting.

Government politicians and some Bahamians are angry at the media’s recent stories right now – not because the media has done anything wrong, but because the media is reporting on things they don’t want the public to know about. Once the media is “good” to them, they have no problem. But as soon as the media does its job, they attack the media. You’ve got to remember – the governing Party has historically never supported or promoted free speech and expression or freedom of the press. Many of them would love to return to pre-1992 days when the only radio and TV station you could tune in to was ZNS, which they controlled completely. And now with the rise of social media they are even angrier – because they cannot control social media or the Bahamians who express themselves via it.

No one is off limits in journalism. Most of the talk-show hosts on the private radio stations in this country (who couldn’t even become such talk-show hosts at all under the Pindling administration) are not journalists – most are either talking heads with personal agendas or are otherwise journalists with personal agendas. That is why they have spent the last week in particular, trying to deceive the public into believing that journalists who report anything other than “good” stories about beloved politicians and political figures, are doing something wrong or being “disrespectful”. Such talk-show hosts, in addition to some reporters in this country, are doing far more to hurt the country and democracy than to build it up. There is nothing disrespectful about properly and lawfully reporting facts and truth – that is the media’s job. All public officials and those vying for public office must answer to the public for what they do in that capacity. What is disrespectful is public officials who believe they are above the law or that they do not have to answer to their bosses (the Bahamian people).

The Fourth Estate is not supposed to be a “respecter of persons”. Those who are angry need to either learn or accept and respect what the role of the press is in a democracy, grow up into mature men and women in our democracy – and get over it. 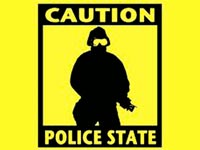 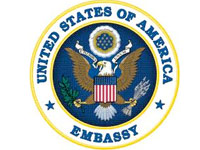 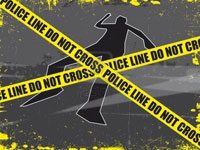