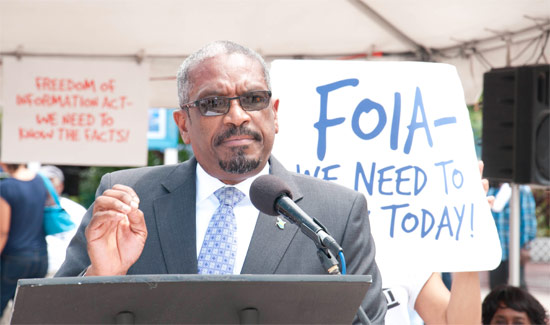 Set for Charlotte Street South from 3 to 8 pm, the block party with a cause is part of an increasingly vocal campaign for a Freedom of Information Act. It is being organized by Save The Bays in partnership with a combination of diverse business and civic groups including the Bahamas Chamber of Commerce and Employers’ Confederation, Citizens for a Better Bahamas and the Coalition for Responsible Taxation with numerous sponsors including Van Breugel’s Restaurant, Bristol Wine & Spirits and Sands.

“The momentum demanding passage of a Freedom of Information Act is gaining strength every week with more individuals and groups signing petitions, talking about transparency and urging legislation that will prevent all governments – not just this government, but all governments — from engaging in secret deals in which the very public being affected do not even have the right to participate in decision-making that will impact their lives,” said Joseph Darville, Education Director for Save The Bays. “The public has a right to know and to participate in the public’s business.”

Darville’s claim of growing momentum in the demand for transparency is supported by the activity Save The Bays, the Chamber of Commerce and other groups have experienced. More than 6,000 people have signed the online petition at www.savethebays.bs calling for passage of a Freedom of Information Act, an Environmental Protection Act and other measures and Save The Bays’ Facebook page has set a record for a local non-governmental organization with more than 17,000 friends and fans.

Chamber Chairman Robert Myers said freedom of information is one of the basic tenets of the Chamber’s platform.

“The Bahamas Chamber of Commerce and Employers’ Confederation is proud to support the efforts of civic society and the private sector who strive to promote open, transparent and accountable governance,” said Myers.

“It is through the legislation of a Fiscal Responsibility Act that includes freedom of information, whistle blower and ombudsman acts, and the enforcement of the rule of law that The Bahamas will attain the kind of open governance and stability required to provide real progress and opportunity for its people and the country at large.”

The party, free and open to the public, will feature performances by The Bahamas’ best-selling musical artist, KB and the Rhythm Band. In addition to music, there will be food, drinks, t-shirts and other entertainment.

According to Save The Bays CEO Lindsey McCoy, interest in legislation bringing government into the sunshine has mushroomed since the first demonstration in March in Rawson Square.

“The day of the demonstration we had a terrible downpour and yet even that did not dampen spirits,” she said. “When we counted the groups and how many people they represented – including union chiefs from the country’s largest unions and associations of unions – we realized that more than 60,000 people were represented. And it was amazing to see how many visitors coming off the cruise ships or walking through historic Nassau were interested – most stunned that we did not already have Freedom of Information.”

Proponents of transparent government, particularly in approvals of developments impacting lifestyle, culture and the environment, have consistently pointed to the small number of countries still operating in the dark. Among them are North Korea and Guyana, the latter, however in the process of implementing legislation. Other hold-outs that recently enacted freedom of information legislation include Brazil, El Salvador, Malta, Mongolia and Yemen.

“The Bahamas is in the company of a diminishing few outliers,” said McCoy. “We hope that all this attention will bring results and make it possible for all informed citizens to take part in the processes that impact them.”

Because of tight security at both the north and south ends of Charlotte Street, which will be closed off for the block party, numbers will be limited for any given hour. Vendors are being invited to take part and offer food, crafts and t-shirts supporting the cause. 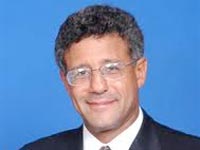