Environmental and animal rights advocates scored what they called “a major victory after a 24-year long battle” when the Court of Appeal dismissed Government’s appeal of a Supreme Court’s decision that permits allowing the opening and operation of an island attraction across from the western end of Cable Beach were improperly granted.

Nassau businesspeople, including retailers and operators of numerous other attractions, argued against touristic development of the island so close to Nassau, saying diverting as many as half a million passengers away from known establishments, museums, restaurants, fishing, boating and snorkeling excursions would lead to serious economic repercussions, including job loss. The threat of economic loss did not deter St. Maarten businessman Samir Andrawos and Bahamian partners from continuing. 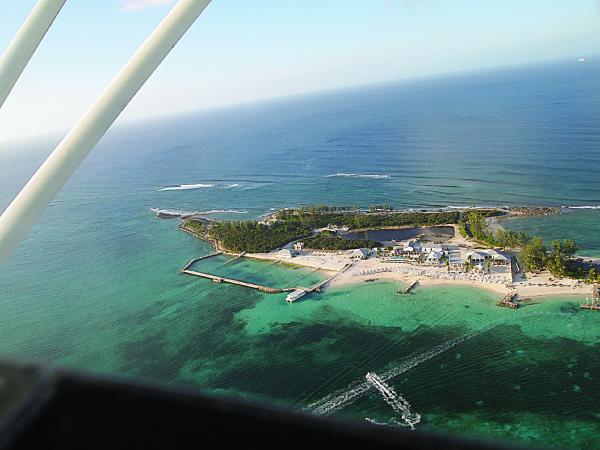 It wasn’t until late 2013 when Save The Bays’ legal team agreed to take on the case on behalf of reEarth to raise environmental, development processing and animal rights issues that the courts became involved, catapulting the conversation from what’s good for local business, investment and jobs to what’s legal in the development process.

When the case went to court in April, lead attorney Fred Smith, QC, senior partner at Callenders Grand Bahama, told the Supreme Court the evidence pointed to a “tsunami of disregard” for due process and the rule of law as civil servants rubber-stamped approvals for the project at the behest of their superiors.

“The facts of the case evidence what I could term an endemic subservience, an institutional subservience entrenched in the civil service, to cater to ministerial dictate,” he told the Supreme Court. “The Cabinet and the minister are regarded as the extreme authority on what should happen, regardless of what parliament has legislated.”

Attorneys presented evidence showing the Blackbeard’s Cay project moved forward in the absence of necessary site approvals, environmental studies, public hearings and proof of the developer’s compliance with mandated conditions. In allowing this to happen, Smith said, the government contravened the provisions of the Planning and Subdivisions Act (PSA), the Conveyancing and Law of Property Act (CLPA) and the Marine Mammal Protection Act (MMPA).

In July, Supreme Court Justice Stephen Isaacs quashed the permits, agreeing with the attorneys’ assertion that “the development has been carried out, and continues to be carried out, unlawfully.”

Government officials including the Minister of Agriculture, Marine Resources and Local Government, the Director of Fisheries and Marine Resources, the Town Planning Committee and the Minister Responsible for Crown Lands, appealed the case. When they failed to file the Record of Appeal in the stipulated time, the appeal was dismissed. The dismissal came via an order signed in mid-November but mailed and received by the lawyers on December 4.

The dismissal has left those who have been arguing for an end to unregulated development and the protection of animal rights ecstatic.

Along with matters surrounding the permitting process, at the heart of the issue was the future of penned dolphins at the island. ReEarth presented evidence during the April trial showing that the nine dolphins had no shade, were in shallow waters and a substandard size pen – all in violation of Bahamian law and international standards.

“This has been a long, hard 24-year battle,” said Sam Duncombe, a director of Save The Bays and founder of reEarth which has collected 96,000 signatures on a petition calling on the Bahamas government to protect dolphins and other marine mammals from being treated as chattel for entertainment and the tiered transition from confinement for shows to sanctuaries where visitors can view the mammals in their natural state.

Duncombe points to falling audience numbers and share value for Sea World, saying that films like Blackfish have opened people’s eyes to what confinement does to these self-aware and highly socialized mammals.

“The entire industry rips these mammals’ families apart and just like humans, each dolphin has a ‘place’ in its family structure. The petition calls for an end to mammal facility breeding programs going forward, prohibits future imports or exports of marine mammals to The Bahamas and looks to a tiered closure of all marine mammal facilities in The Bahamas with a plan to house retired dolphins in a sanctuary funded by the very industry that has benefitted from their enslavement for decades.”

While Duncombe is pleased that the victory in the current case is bringing new attention to the plight of animals for entertainment, Smith and other Save The Bays directors say the case shows that governments can be held accountable for obeying their own laws when it comes to development.

The most recent court action brought a smiling, “victory for the rule of law” accolade from Save The Bays director and Bahamas Waterkeeper President Joseph Darville.

“As the president of Waterkeeper Bahamas and the education director of Save The Bays, I would like to state my joy and pleasure about the outcome of this case which has restored my confidence in the independence of the judiciary of The Bahamas,” said Darville. “As a Waterkeeper, I am concerned about every element of water in The Bahamas and about these wonderful animals that have aligned themselves so much with the consciousness of human beings. We have an obligation to treat them in a humane manner. As a director of Save The bays, I salute reEarth and our legal team for their passionate insistence in bringing this debacle with the powers that be to a successful and glorious conclusion.”

Duncombe echoed appreciation for the legal team, adding that the case should make The Bahamas think twice about the face it shows the world in dolphin care.

“ReEarth is very grateful for the support of Save The Bays and of course our awesome legal team,” said Duncombe.

According to the judge’s ruling, the Ministry of Agriculture is required to take responsibility for the fate of the dolphins at Blackbeard’s Cay, placing them in an appropriate location.

“I would be happy to work with the Minister to ensure that when these poor dolphins that have suffered so are moved, they will have a new home where they can lead lives that are as secure and free as possible,” said Duncombe.

“Until they are assessed, they cannot be released into the wild because they have become dependent on being fed and would require rehabilitation to make sure they could fend for themselves. In the meantime, we can protect them in a sanctuary and the silver lining in this case may just be that it leads to the first dolphin sanctuary in The Bahamas – something which reEarth is working on and something that would be fantastic for tourism as well as for these amazing mammals we share the planet with who call each other by name, swim 50 miles a day and make choices about their daily lives just as humans do. This would send an enlightened and positive message to the world that The Bahamas cares and is tune with the ever-expanding global awareness about the welfare of marine mammals.”