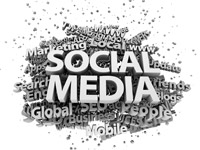 This week, we saw what could only amount to an ongoing meltdown on social media – Facebook and WhatsApp – with the dissemination of child pornography. It literally led to a social media tsunami. Frankly, as the story continues to be unveiled, it seems that many social media users commenting on the matter have heartlessly contributed to once again victimising the victim. There has been a display of a gross lack of civility and this week we saw the hijacking of the principle of freedom of speech.

In recent years, we have witnessed the most angry, vicious and violent attacks on other Bahamians, under the guise of freedom of speech. Let me make clear and say here that I agree with Voltaire – a French writer of the Enlightenment – who opined: “I may disapprove of what you say, but I will defend to the death, your right to say it.” That said, we must be responsible with what we say and do.

In a 2008 address at St Barnabas Family Life Ministry’s retreat, retired President of the Court of Appeal Dame Joan Sawyer said: “The worst thing that ever happened to this country in my humble opinion was freedom of religion and freedom to speak, because people have taken freedom to be licence, they do not see that freedom is really responsibility. If I am walking on your rights, how can you be free? I am taking over your rights.”

Social media is becoming a cancerous monster as some are using it to trample upon the rights of others, to libel and slander folks and to misuse and abuse it for purposes that may simply be untoward. The case of the teenager this week is demonstrative of this approach.

Frankly, it appears that that teenager’s trust was betrayed and this, quite honestly, is a person who needs support. The innocence of that person’s purported mistake is understandable, we’ve all made mistakes or done mindless things when we were teens. However, unlike my teenage years – when the use of the internet was just taking off and when there was no Facebook and WhatsApp – the landscape of this generation of youngsters is booby-trapped and one where all things are recorded on smart phones/tablets and instantly uploaded, much of which could cause great embarrassment.

Dr Tyrone “Butch” Bartlett, who phoned me yesterday morning to discuss another matter and ended up expressing his grief over this week’s events, said: “This generation is facing perilous times. What is socially accepted as norms today is unprecedented, it’s a new phenomenon and never has there been a generation who has interfaced so much with technology. There is now a marriage between technology and humanity, a mutation of humanity! I am a supporter of (teenager) who is a beautiful human being.”

Frankly, the perpetrators of this act – whoever recorded and took the pictures and originally disseminated them – needs to be prosecuted to the fullest extent of the law. This is an assault on one’s life; this amounts to a gross invasion of privacy. Reasonable Bahamians need to demand justice for this teenager and all others who have suffered a similar fate. I can only imagine the psychological impact this must be having and the precedent has been established in the US where, as a result of a dissemination of similar material, persons have been so ashamed that they have killed themselves.

I saw another distasteful video this week. It was apparently filmed at a popular food store on Gladstone Road. The video involved a lady who was cornered and surrounded by filming, idiotic young men who were grinning like hyenas and recording her though nothing on the videos showed her stealing, as she was alleged to have done.

Now, I’m in business and so I fear being ripped off just as much as any other business person. That said, I think to record that lady after the alleged theft and disrespectfully quip about the situation – seemingly harassing her and cornering her – was uncalled for when the police could have simply been called in and she could have been arrested. It was simply to embarrass her.

Clearly, it appears that some Bahamians must be made aware that it is an offence, pursuant to sections 22 and 23 of the Data Protection (Privacy of Personal Information Act) 2003, to obtain access to an individual’s personal information and disclose it without the consent or proper authority of the data controller or data processor.

Social media has power for good, but it is at times being used as a weapon of assault. People’s lives are being slain, maimed and assaulted. Acts of assault via social media must be addressed by our legislators, on a yearly basis to account for new developments.

Cyber bullying is real and more manpower, legislative undertakings and effort must be undertaken to address these more recent incarnations of incivility and even criminality where persons do and say anything using real names, pseudonyms and other online handles and expect to face no consequences.

I call upon the shop owner to fire all those persons who conducted themselves as they did on that video. If he feels that he should seek to prosecute the woman on the video and has evidence of her alleged act on store cameras, he can do as he sees fit. However, at no point should he have such unprofessional characters – conducting themselves in what appears to be an unethical manner – working for him and interaction with the public.

We must respect law and order in this country and civil society should demand that our population treat each other with the civility that existed not so long ago. What are we now holding sacred?