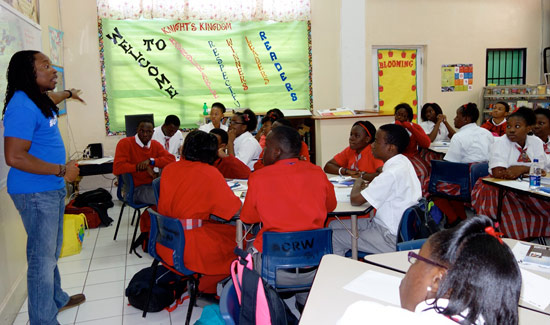 From February 2-6, the U.S. Embassy, in partnership with American poet, author, and motivational speaker, Omekongo Dibinga of UPstander International, facilitated a five-day workshop focused on poetry and spoken word with over fifty students in grades 10-12 at C.R. Walker High School.

Through his work, Mr. Dibinga inspires people, in particular youth populations, to take a stand when they witness an injustice.  His 1,000,000 Youth Campaign has impacted more than 100,000 young people worldwide.

Under the Poet-In-Residence Program with the motto, “Think before you speak. Write before you fight,” Mr. Dibinga’s workshop focused on building cultural and community pride through the use of poetry and the spoken word.  In each session, students were able to discover innovative and exciting ways to use language as a vehicle for thought, creativity, reflection, learning and self-expression. 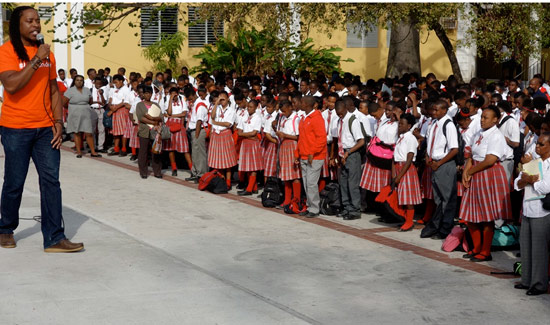 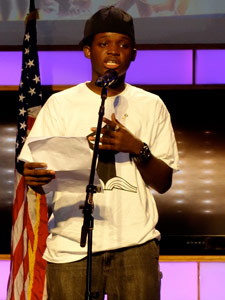 Students also learned ways to use language as a tool for personal growth, social interaction, and addressing social issues faced within their local communities.  In a show of appreciation for the program, C.R. Walker Knights gave Mr. Dibinga a taste of authentic Bahamian culture by presenting a short Junkanoo rushout before he addressed the entire school at its morning assembly. 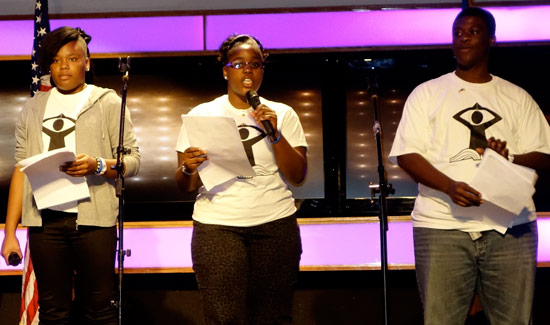 At the event, many of the students who participated in the program took to the stage to give impressive performances through their creative use of the spoken word that expressed their feelings and views on a myriad of issues.  Omekongo Dibinga and local poet Leshea “Sapphire” Jones closed out the evening with powerful performances from a selection of their own classic poems.

C.R Walker students perform during the “Power of the Spoken Word” performance at Bahamas Harvest Church. 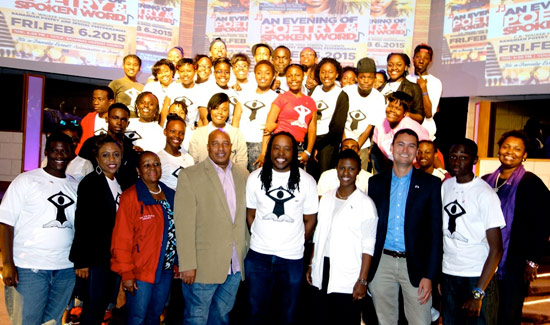