Kelly’s 23rd Bride Of The Year Turns Tragedies Into Success 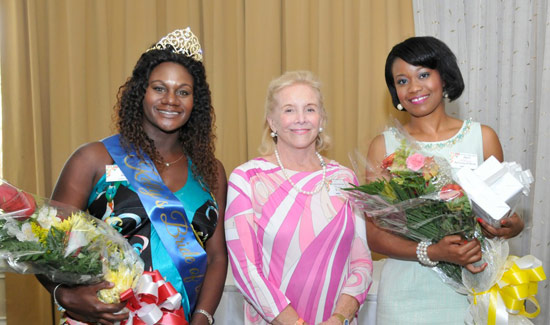 Kelly’s 23rd Bride of the Year Erin Brown-Brown might also be the Mother of the Year or the Disabled Person of the Year.  Stalked by tragedy, she turns each blow into a challenge and then into success which she shares with those around her. 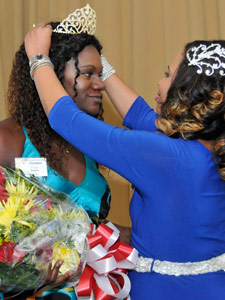 Erin lost a leg to bone cancer 11-years-ago, lost her mother to lupus when she was only 17 and a daughter to an accident. Her solution? Founding Erin Brown Connects (motivational speaking, public relations and marketing for events)  and the Erin Brown Foundation, focussing on  empowerment for the disabled and for  young women. Started in 2006, the foundation’s sporting division provides advocacy and vocational training for persons with disabilities.

“I let them know that life is not over. We are able to do things, just differently. We still can get it done, perhaps with assistance from a device or accommodations like a ramp or a person holding a door. … We  just need a whole lot of patience. My personal journey is showing that no matter how hard it is… there is a divine plan for all of us.

“I always remember that people may be born or pushed in a certain way, until they are unable to dream. I want to let them know they can do it. Life is not easy for any of us. Don’t hold on to the negative disadvantages. If you continue to push, something will happen.” 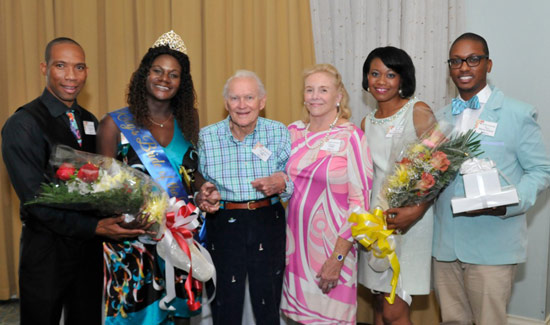 Erin, for instance, already has organized a group and rode with them in the last Ride for Hope and was training for the Paralympics Triathlon in Rio when she discovered she was expecting a child. “So, I will train for the NEXT Paralympics.” She even plans to make an event of the gender reveal of her new baby.

She and her husband  Tametryo Brown, married in October, 2014 and are involved in the care of seven children, counting their own expected child. He has three children; she has one living son; they have his two recently orphaned nieces living with them and expect their own baby in July.  Her ailing father also lives with them.

Vincent Vaughan, Kelly’s official photographer and long time judge for the Bride of the Year event, said,  “Mrs. Brown takes all the oxygen with her when she leaves a room.  She is phenomenal.”

Kelly’s House and Home President Nancy Kelly shared memories of her “46 years of happy marriage” to the late David Kelly and thanked  the committed judges and bridal consultants who make the Bride of the Year and the Bridal Department such a success.” She pointed out “When Sara Parker and I came up with this idea, over a drink at the Village Squash Club, we never dreamed Kelly’s Bride of the Year would still be going strong 23 years later.”

Sara Parker–co-creator of the event as Kelly’s Account Executive with P. S. Advertising, now a realtor and TV producer– thanked “Nancy Kelly and the Kelly’s family for the vision and hard work which have helped this promotion and Kelly’s to grow for this 23 years! That’s nearly 300 Brides of the Month! Now on to the NEXT 88 years of Kelly’s.”

Runner up to the Bride of the Year was April’ s Bride of the Month, Alkeriria Rahming-McQuay, financial controller of Custom Computers Ltd. She is married to Ian Allenyne-McQuay, a physician with the Public Hospitals Authority (PMH). 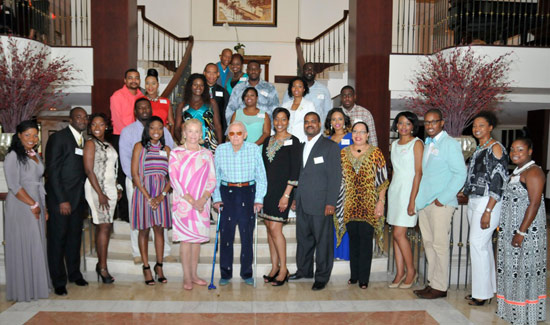 The Bride of the Year receives a $1,000 gift certificate from Kelly’s House and Home plus hundreds of dollars in prizes including:  6 place settings  and a platter and serving dish in Cornwell Gold/Green Fine China from Noritake; a 12 piece red non-stick pot set by Kitchenaid; a Castalla 3-tier glass server by Gibson Overseas; a Pizza Maker by Hamilton Beach;  a Rowenta Iron; an Emory 16 piece dinnerware set by Mikasa; a Krups 120cup coffee maker; a Pro Blend Metal Blender by Black & Decker; a Suncast hose mobile; a 7pc. bakeware set “Etch-Sand” by Corningware and 6 “Flame” crystal Bordeaux wine glasses by Stolze.

2013-14 Bride of the Year, Tabitha Butler-Smith, was not able to attend the luncheon as she  just had a baby girl the week before. Runner Up for 2013, Mrs. Dyontalee Turnquest-Rolle and her husband, Anwar, attended and filled in.

Kelly’s Bridal Department Head Beverley Maycock pointed out,”It is so easy to enter our Bride of the Month and Bride of the Year competition.  Simply come to Kelly’s House and Home Bridal Department in the Mall at Marathon and register your choices of bridal china and crystal.  It’s that easy. Of course, you also can register all your bridal choices, right down to a BQ grill for the bridegroom. Our well trained bridal consultants will help you find exactly what you want from our wide variety of products.”

Mrs. Kelly reinterated,”I want to thank our Judges who each year select brides who keep our bridal commitment strong. To Our Brides of the Year, you are all winners. I wish you all success in your life and with your dreams.”

Kelly’s House and Home judges for the 2014 Bride of the Year Competition were:
Vincent Vaughan and Nelson George, who have served as judges for all 23 years; and Ann Casserly and Gwen Bayles. Kelly’s Human Resources Manager Judith Adderley served as MC for the stylish event held at the British Colonial Hilton, Nassau.

“ALL WINNERS”– Kelly’s President Nancy Kelly (Centre) said, “To Our Brides of the Year, you are all winners. I wish you all success in your life and with your dreams.”  Photo by Vincent Vaughan Photography

CROWNING MOMENT–Kelly’s 23rd Annual Bride of the Year (2014-15) Mrs. Erin Brown-Brown, cancer survivor and athlete, receives her crown from Runner Up for 2013, Mrs. Dyontalee Turnquest-Rolle. 2013-14 Bride of the Year, Tabitha Butler-Smith, was not able to attend the Kelly’s House and Home  Bride of the Year luncheon as she just had a baby girl the week before. Photo by Vincent Vaughan Photography

Kelly’s Royalty–Kelly’s House and Home President Mrs. Nancy Kelly and her brother-in- law Godfrey Kelly congratulated the store’s 23rd Annual Bride of the Year Erin Brown and her husband Tametryo Brown at far left, and the Runner up to the Bride of the Year Alkeriria Rahming-McQuay, financial controller of Custom Computers Ltd. and her husband Dr. Ian Allenyne-McQuay. Photo by Vincent Vaughan Photography

Kelly’s House and Home executives welcome Kelly’s 2014 Brides of the Month during  23rd Bride of the Year Luncheon at the Hilton British Colonial.

KELLYS BRIDES OF THE MONTH FOR 2014