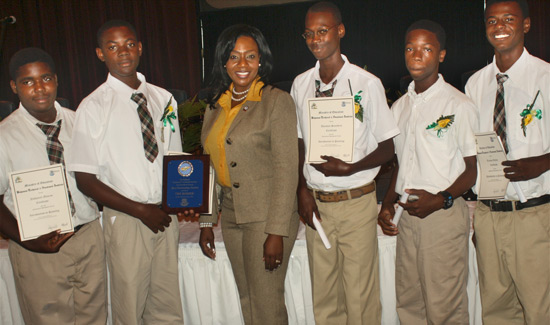 Nine boys from L. W. Young Junior School have been positively impacted since participating in a dual enrollment program at The Bahamas Technical and Vocational Institution (BTVI).

The reintroduction of the special initiative, which ran between September 2014 and April 2015, exposed the youngsters to the art of painting while providing them the opportunity to channel their practical skills.  They learned about surface preparation, drywall finishing, basic painting and they refinished two vintage chairs.

While completing junior school, the ninth graders took three classes at BTVI including Introduction to Painting along with Maths and English on Mondays and Wednesdays from 8 am to 3 pm.

L. W. Young’s vice-principal, Stephen McPhee, who noted that while the boys did not have behavioural problems, they lacked motivation. 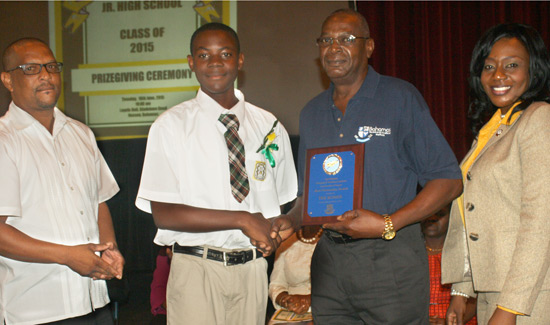 “Once children are motivated and their self-esteem increases, there is nothing they cannot do. Motivation is a huge driver of learning. Even their attendance and punctuality at school have improved. Their whole value of themselves has increased,” said Mr. McPhee.

BTVI’s painting and decorating instructor, David Barry, admitted that dealing with the boys initially proved challenging, but there was change for the better.

“It became enjoyable.  I saw maturity to the point that at the end, I allowed them to work on their own and they finished the job.  That was a big plus when I witnessed that because as a painter you must learn to work without supervision.  At the end, they all learned a skill,” said Mr. Barry.

From the program’s onset, Mr. Barry hoped it would spark an interest in painting and decorating for the long term.  This proved true for participant, Tre Romer who received the Most Outstanding Student award for the program.

“I want to pursue painting and decorating.  It shows me I can exceed in life, and some of the things I didn’t pick up in school, in Maths and English, I learned at BTVI,” said Tre.

His father, Trevor Johnson, expressed how proud he was of his son.  “It brought tears to my eyes that he got the honour.  Some people consider painting, but he has been introduced to the trade while in junior school.  I hope he continues,” said the beaming dad.

Reflecting on the role the program has played in the lives of the young men, BTVI’s Dean of Construction Trades and Workforce, Alexander Darville, said it has been a gateway for a brighter future.

“The dual enrollment program was a vessel to jump-start them into technical education.  They now have a skill and have already been prepared for the world of work.  Moreover, self-worth has become evident in the boys.  This is how we change lives,” stated Mr. Darville.