GGYA explores the ‘Isle of Spice’ 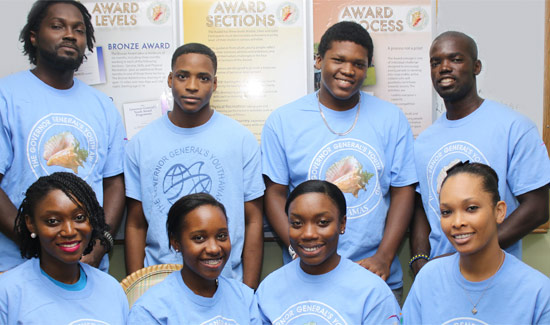 Participants in the Governor General’s Youth Award have leapt out of their comfort zone having embarked on a 16-day, challenging adventurous journey to hilly Grenada, home to numerous nutmeg plantations from which the island derives its colorful nickname.

The 10-strong, hiking contingent is participating in the Caribbean Award Sub-Regional Council (CASC) 2015, an event which attracts throngs of regional youths active in the international Duke of Edinburgh’s Award program.

The event runs from July 24 to August 9. Each year it’s held in a different Caribbean nation.

Representing The Bahamas at the 35th annual event is four participants hoping to attain their Gold Award from the youth organization geared toward personal development for individuals 14 to 25-years-old.

Four of the GGYA’s leaders-in-training are also making the trip along with two staff members. Leading the entourage is the program’s National Director Denise Mortimer and GGYA’s Chairman Jack Thompson. Both will attend CASC’s annual general meeting and opening ceremony.

The event’s expedition component will not only test participants’ mettle but also provide them with an incredible experience within a safe and secure setting. It will see them hike for four days and three nights, an average of eight hours per day.

First, the youths will undergo training and team building exercises before they embark on an expedition for which they have been training for months.

“I still don’t feel prepared,” admits College of The Bahamas sophomore and student athlete, Devin Ferguson on the eve of the group’s departure. “It’s because I don’t know what to expect. I’m most apprehensive about the mountains. The closet thing we have to it is the Paradise Island Bridge.”

For weeks, the participants have engaged in two-hour walking exercises to prepare them for this trip. Moreover, the 19-year-old marketing major gains additional strength and endurance training through his weekly soccer practice.

“I think I can do it,” said Ferguson.

Almost every hike she has ever went on, Queen’s College 2015 graduate Khes Adderley felt like she wanted to quit.

“Still, I know GGYA has helped to build my character. Just by the makeup of the program – community service, skills, physical recreation and adventurous journeys – it forms a well-rounded student. I feel if you could get through GGYA you could pretty much get through anything.”

On a preparation scale of one to 10, fellow GGYA participant Cyerra Gibson hovers just above the middle.

Heading to Grenada with an open frame of mind, 17-year-old Gibson feels she’s up to the challenge.

“As much as we complain about how hot and tiring these journeys are, they always make for lasting memories.”

“I’m excited about this trip. I never went to Grenada, so this is an opportunity to meet new people and explore a place I’ve never visited,” said the 18-year-old. “I’m expecting a once in a lifetime experience.”

The others making the trip include staff member Kevin Hall of Nassau and Clifton Francis from Freeport.

“Going through the steps of the program I saw how it changed me and my fellow participants,” said Ms Bootle, who received her Gold Award in 2012. “I wanted to be a part of the self-development of others.”

Ms Henderson believes there is a sense of camaraderie which not only connects participants to each other, but also links the leaders together.

“The group of people who were leaders at the time that I obtained my Gold became like family,” she explained. “I developed a real strong bond with them in doing my Gold and it made me want to stick around and become a unit leader.”

The Ministry of Youth, Sports & Culture helped to offset the cost of the trip through its G.O.L.D. initiative. The aim of the funding mechanism is to extend the reach of the program regardless of where one resides or one’s financial circumstance.