Conflict Of Interest And The Business Of Government 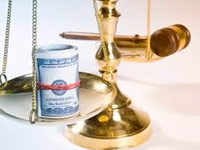 We often hear that perception is reality.

Though that often may not be the truth, primarily due to factors such as miscommunication, misinterpretation and misattribution of motives, there are times when such perceptions may be indicative of a verifiable reality. In Bahamian politics, it is clear that many in this country take much that occurs or is perceived to have occurred to bear some truth, often espousing the view that where there is smoke, there is fire.

“In certain relationships, individuals or the general public place their trust and confidence in someone to act in their best interests. When an individual has the responsibility to represent another person – whether as administrator, attorney, executor, government official, or trustee – a clash between professional obligations and personal interests arises if the individual tries to perform that duty while at the same time trying to achieve personal gain.”

On the other hand, relative to the appearance of a conflict of interest, it states:

“The appearance of a conflict of interest is present if there is a potential for the personal interests of an individual to clash with fiduciary duties, such as when a client has his or her attorney commence an action against a company in which the attorney is the majority stockholder.”

I use that source as it can easily be found online and I encourage Bahamians to check it out for themselves.

Last week, Allyson Maynard-Gibson, the Attorney General, affirmed what many in the press, political circles and general public were murmuring: that her family had interest in retail at Baha Mar. However, though this was the case, the Attorney General led two government delegations to Beijing, China, for negotiations about the resort since the property filed for bankruptcy on June 29.

Although we – the taxpayers – no doubt spent a lot for plane tickets, accommodations, food and other comforts, both trips were fruitless.

On a radio talk show Mrs Maynard-Gibson revealed her daughters’ connection to the resort and said that Prime Minister Perry Christie was aware of their ownership interests. Yet, she was allowed to be the government’s lead negotiator in the dispute between Baha Mar, the Chinese Export Import Bank and the China State Construction Company!

During her radio appearance, Mrs Maynard Gibson said of her 28- and 30-year-old daughters:

“Right now, just like everybody else who is down, they are losing money and the bank is calling for payment of loans and let me go further, they are losing, and I will go further, to the extent that there may be any retribution and we hope that there isn’t, but … in doing my job as the Attorney General if it means my daughters would lose the leases that they now have in those shops at Baha Mar – I’m hoping that there isn’t.”

Of course, the public responded with ire and the Leader of the Opposition, Dr Hubert Minnis, accused her of an “overt conflict of interest.” By Monday, four days after she initially said her two daughters had leases to operate stores in Baha Mar, Mrs Maynard-Gibson revealed that her husband Maxwell Gibson owns the retail jewellery store chain that has been granted storefront leases at the Cable Beach resort. She then said that she makes “no apologies” for her husband having a business venture with Baha Mar.

“That arrangement, by her husband’s company, predated her having to negotiate, and I don’t believe it’s any particular secret that her husband has been in this business for 20 years or more … and it is natural for the jewellery outlet he has, as is the case with John Bull, to apply for outlets in hotels. That’s a natural thing. There’s nothing new to that,” she said.

The Attorney General stressed that she had no interest or control of any business.

I re-emphasise that over the last few months, Mrs Maynard-Gibson has often been the government’s chief liaison with Baha Mar, the Export-Import Bank of China and the China State Construction Company as those parties attempt to work through their differences to push the project forward. Mrs Maynard-Gibson has stated that the Prime Minister has been informed of her family’s involvement with the resort.

So, what makes this so egregious in the minds of myself and my fellow Bahamians?

Firstly, the Manual of Cabinet and Ministry Procedure (Part II – Ministers and Parliamentary Secretaries) at paragraphs 36, 37 and 38 states:

“36. A Minister must avoid situations in which his private interest, whether pecuniary or otherwise, conflicts or might reasonably be thought to conflict with his public duties.”

“37. When a Minister possesses, directly or indirectly, an interest which conflicts or might reasonably be thought to conflict with his public duty, or improperly to influence his conduct in the discharge of his responsibilities in respect of some matters with which he is concerned, he should disclose that interest to the Prime Minister or Cabinet. Should circumstances change after an initial disclosure, was made, so that new or additional facts become material, the Minister must disclose the further information.”

By virtue of the Attorney General being married to Max Gibson, when one considers the above, it’s clear that she directly and/or indirectly is an interested party in related business undertakings. What’s more, if it is her daughters, the same logic applies. One would argue that when the lease was purportedly signed two years ago, at least one of her daughters was attending university and thereby could arguably be considered as having been somewhat dependent.

Could one’s husband (or wife) be entirely independent of her (or him)? Is such a nexus one that can be overlooked?

As the Attorney General has brought her daughters into the public domain, I have a few questions:

Do any of her daughters have a track record of entrepreneurship? If they do indeed have interests in the businesses as was first asserted by the Attorney General, were they students at the time the leases were signed and did they borrow monies from their parents? If not, did they borrow monies from a financial institution and, if so, what collateral did they put up and would that financial institution have not required letters of employment? If so, were they employed overseas whilst attending school, that is, per my earlier question, if they were in school at the time of the signing of the leases?

“45. Ministers should adopt a broad interpretation (emphasis added by me) of the requirement that they take into account the interests of family members and all interests of their own, when considering whether there is a conflict, or a potential or apparent conflict, which should be declared. Generally, declarations should be made in all cases where an interest exists which could not be said to be shared with the rest of the community.”

And so, considering the Manual of Cabinet, could it truly be said that there was no conflict or, at the very least, the appearance of conflict?

And, considering this very Manual and the likely appearance of a conflict whether direct or indirect, should the Prime Minister not – per paragraph 44 – discipline or relieve Mrs Maynard-Gibson of her duties?

Was a full and frank disclosure given? Prima facie, does this not appear to lack transparency?

Should this information not have been publicly disclosed once the leases were signed and the Attorney General was appointed to the Senate? Would this have not been a matter of public duty?

Before I went on vacation, I requested a search of the Companies Registry.

The shareholders of Metered Ltd – a company incorporated on 22nd November 1994 – are Arion Ltd and Clement T Maynard III.

The shareholders of Domsiw Ltd are Eoz Ltd and Clement T Maynard III.

The directors of this company were discovered to be Clement T Maynard III (director and president), Heather Maynard (director) and Metered Ltd (secretary).

Frankly, it was all cyclical. One company owned the other that owned another, etc.

Put simply, I own you, you own me, we own this and so on. Of course, one could not determine the beneficial owners behind each company but conclusions could be drawn from the information attained.

Generally, we as Bahamians have perhaps reached the point of no return relative to our patience with those who govern us.

It is not frustration but a sense of abused dejectedness. Bahamians have been telling me via emails and phone calls that they would wish to see the end of what is becoming a nightmarish experience. Unfortunately, no fat lady has started to sing and so we know that it will perhaps get worse before it gets better!

As it relates to Baha Mar, are there any other members of the Christie Cabinet who may have contracts with the resort?

Does any member of the Christie Cabinet have a company or have a child or children involved in a company that has been awarded a contract to maintain all the pools at Baha Mar?

Does any member of the Christie Cabinet or their close relatives have a contract to carry out and maintain the landscaping at Baha Mar?

As it relates to the government’s relationship with Baha Mar, it seems that we are moving towards a battle of epic proportions, particularly with the supposed leak of a letter from Sir Baltron Bethel.

More and more interesting documents will no doubt leak and create a damning picture of corruption, cronyism, payola and life in the Bahamas.

We are fed up. This is not the Bahamas many Bahamians want to live in. This is not the Bahamas I want my five-year-old son to grow up in. This is not what a meritocracy looks like. What we are demonstrating to the world is that we know about nepotism, cronyism and all things other than advancement on the basis of merit, drive, creativity and industry. So, by example, we are leaders of demonstrating that you don’t need to work hard, that you just need to be well connected, get the right break and/or be a politician. And that’s a very sad indictment on our country.

Lastly, I call for the resignation of the Attorney General. If Mrs Maynard-Gibson does not offer her resignation, then Prime Minister Perry Christie should demand that she resigns or offer the Bahamian public his very own.