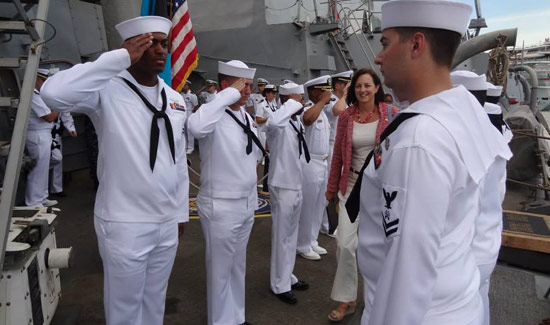 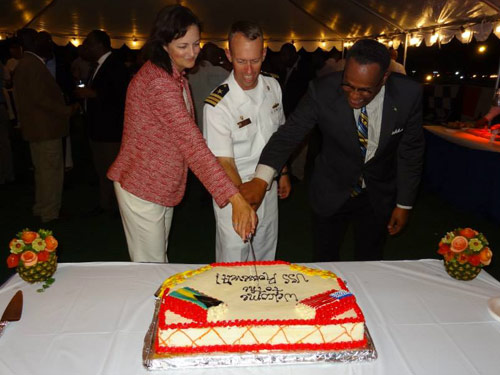 Among the officials on hand for the event were Commander, USS Roosevelt, Jason Reller, Minister for Grand Bahama, Dr. Michael Darville and former Bahamas Ambassador to the United States C.A. Smith.

“Under the Caribbean Basin Security Initiative, we provide over $2 million to The Bahamas each year to fund training for judges, prosecutors, and law enforcement officials and for police equipment such as intercept boats – including one based in Freeport.”
Chargé Johnson also commended The Bahamas government for efforts to maintain its pristine environment, while mitigating damage caused by climate change. 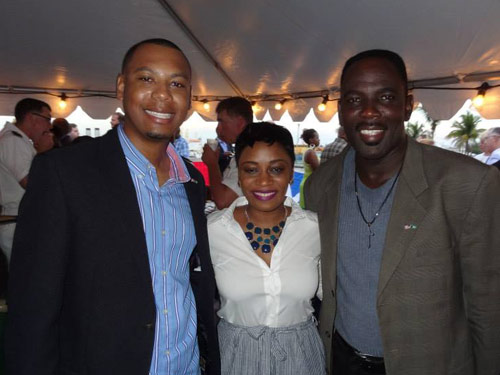 “We were also heartened by the government’s announcement that it has designated additional Marine Protected Areas – including four on Grand Bahama.  She noted, “This brings the total amount of the country’s nearshore and marine environment under protection to more than 10%, making good on a Bahamian government pledge at Secretary of State John Kerry’s 2014 Oceans Conference in Washington.”

The USS Roosevelt was in Freeport for a short visit from her home in Mayport, Florida.  The men and women of the USS Roosevelt also participated in a community relations beautification project at the local YMCA, a place that provides so much to Freeport’s youth.

Chargé d’Affaires Lisa Johnson is greeted by the USS Roosevelt’s navy crew on her arrival onboard the ship.