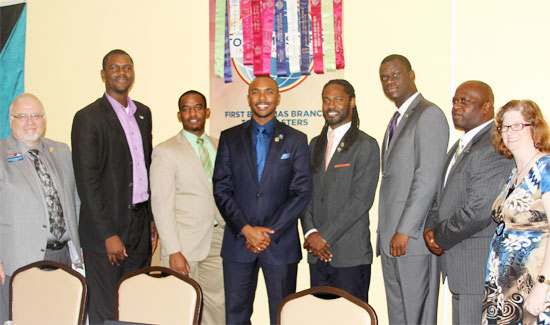 The first Bahamas branch of Toastmasters, Club 1600 is ready to hit the accelerator in 2016, following a productive 2015, when members brought equal doses of passion and dedication towards their signature community building programs.

“Last year we stayed the course with our roster of programs geared towards fun, learning and leadership opportunities,” said club president, Carlos Palacious. “From our Leadership Tour in Exuma, to our youth leadership initiative, members gave their time, talent and resources to continue our community outreach. We’re looking forward to a phenomenal 2016.”

In line with the theme for this Toastmasters’ year, “Developing Ourselves, Developing Our World,” the 2016 club calendar features the entertaining ladies’ night on February 13, at SuperClubs Breezes under the theme “Scandal,” the family friendly Ed Carey Boil Fish, Fun/Run/Walk, a mentoring Leadership Tour to Freeport, the Red Cross Fair Gourmet Popcorn Booth and the annual church service and social.

Throughout the year Club 1600 will also offer its talent to local speech competitions acting as judges for contest put on by Gentlemen’s Club, Junior Achievement and the like.

The club also participates in Toastmasters own international speech contest.

“Last year was indeed a productive one for Club 1600,” said Vice President of Education Chervez Brown. “We expect 2016 to be just as fruitful.”

In 2015, the speech and self-development club assisted 13 young men at the Simpson Penn School for Boys in enhancing their communication, leadership and conflict resolution skills in hosting its eight-week Youth Leadership Program at the school.

At the closeout ceremony, held under the theme, “Lead to Succeed,” Toastmaster Rodney Bain challenged the youths to harness their newly acquired skills to make a difference in their communities.

Distinguished Toastmaster (DTM) Delmaro Duncombe reminded the youths that “it took no effort to become a loser, but much effort to make a difference.” The business development manager at Generali, Mr Duncombe’s company sponsored the program.

The club’s community outreach continued with other programs like the Leadership Tour which sees Club 1600, the nation’s oldest Toastmasters club assume a mentorship role to newer clubs. 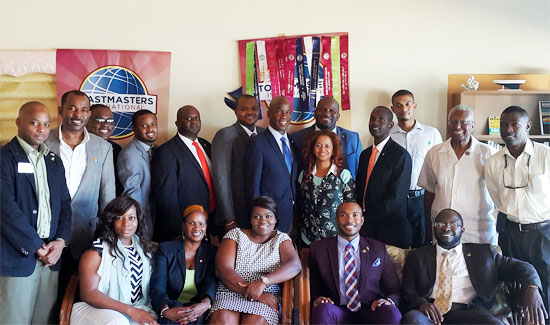 Last year, a contingent travelled to Exuma to hold discussions with the first Exuma branch of Toastmasters Club 8123.

In the last quarter of 2015, Club 1600 showcased its speech talent to international directors of the Toastmasters program.

DTMs Dennis Wooldridge and Jeanine and Matt Kinsey were in town for the organization’s District 47 conference held at the Atlantis Hotel.

“There are some exciting events coming up in 2016,” said Mr Palacious. “We invite the public to be a part of it every Thursday at 8pm at SuperClubs Breezes.”

Caption 2
The Club 1600 Leadership Tour Committee led by past president Franklyn Winder and President Carlos Palacious travelled to Exuma to meet with members of the island’s first Toastmasters Club, 8123.