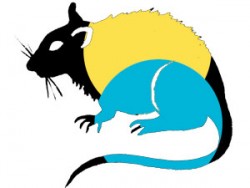 Former MP Pierre Dupuch talks about communism, union busting tactics and a possible “hostile takeover” of the medical profession in The Bahamas; and questions the real motive behind the “brigade” of Cuban Doctors coming to The Bahamas! 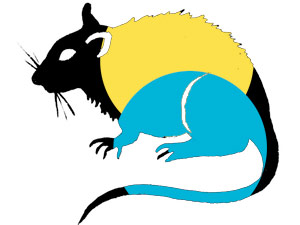 As I travelled down the valley of life, I banked around a corner and smelled what appeared to be a decaying rat. As I went further, the smell increased and, low and behold, at the end of the valley there was indeed a dead rat, the proposed National Health Insurance plan.

At first I wondered why there was such a hell fired rush to provide something that the people already had – Universal health care. For many years, if a person could not afford private health care they went to the clinic. Granted the service was slow and the lines were long. But there was service and it was FREE.

The other problem that the country faced was catastrophic events, such as strokes, cancer or major operations. These were not offered as a free service at the clinic level. Many times people had to have cookouts to pay for them.

Any reasonable person would assume that the catastrophic events would take precedence over the common cold, belly ache, etc. After all, things like the common cold were covered – not too well, but covered.

The solution to the clinic problem would have been to clean up the clinics, staff them properly, make them more efficient and they’d be on their way. But no, the government does nothing to cure the overflow problem at the clinics, they only add to it.

Anyone with three ounces of sense would think that the government would tackle the most critical problem with health care first, and that would be catastrophic events.

Instead of taking care of the real problem, they tear the whole system apart. This makes no sense, and when something makes no sense there is something else that the eye does not see and is being camouflaged.

In my opinion, the medical industry is being highjacked! In everyday life, it’s called a “Hostile Takeover” of the medical industry by some individuals with excess change and some of “the boys.” I think that the government has been totally hoodwinked. I can’t bring myself to believe they’re a part of it. But I will deal with that part later.

The government promised to publish the proposed legislation so that the public would have a chance to comment on it. Good. They have now made it public, but have given the people ONLY eight days to read, digest, discuss and comment on it. It is a forty-page document.

I now have this document and will comment on it in detail. But not now. Other events have come up that the public should be made aware of.

The Cuban doctors. The Bahamas Government says that these doctors will be sent to the Family Islands and that every island will now have its own doctor.

Great! But according to Caribbean News Now, the Cuban Ministry of Foreign Affairs was quoted as saying, “a brigade of 18 Cuban health professionals arrived Tuesday in The Bahamas to offer their services in different Bahamian Public Hospitals, mainly in the capital Nassau and in Freeport, Grand Bahama.”

On the one hand, the Bahamian officials say that these doctors will be spread out over the various islands that don’t have medical facilities. On the other, the Cubans say this “brigade” of doctors will be used in local hospitals. I interpret this to mean the Princess Margaret Hospital in Nassau and the Rand Memorial Hospital in Freeport. Somebody should get their story straight. Why?

If this Cuban “brigade” of doctors is spread out over the islands, what will happen? The doctor will spend two hours a day seeing patients and the rest of the time will be spent fishing for fish and fishing for human minds to teach communism and Cuban socialism. Yes folks, if this is true, then ten years from now a candidate running for a seat in Parliament in the Family Islands will either adhere to socialism or communism, or they won’t get a single vote.

This “brigade of doctors” that they talk about was formed by Fidel Castro shortly after he gained power in Cuba and has been sent to underdeveloped countries to spread the word of Communism. They are hired by the Cuban government who in turn sends them to us. This is not new; I just never thought that any Bahamian Government would lead their people in this direction just to get votes.

If the other statement is true, and that they are to work in the hospitals here, they are being used to force the local doctors to accept something that they don’t agree with. This is commonly known as “union busting.”

Mr/Mrs/Ms Union President, is this a sign of things to come? A government with the attitude, “Take what we say or we’ll send for slave labour from Cuba.”

Dont believe this can’t happen! Believe me, this will happen if it is not stopped now.

After you’ve absorbed this, I’ll tell you more about what I believe is a “hostile takeover” of the medical profession in The Bahamas.