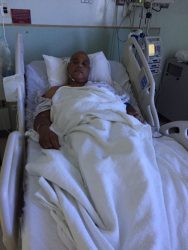 Citizenship By Investment, the controversial practice in some Caribbean nations, was in the global spotlight Sunday as CBS’ 60 Minutes put the focus on what it called simply: “Passports for Sale.”

60 Minutes also reported that despite claims of background checks by Caribbean nations promoting the program, the sale of diplomatic passports is not part of the citizenship by investment program and goes on under the table in some cases, which has resulted in some crooked diplomats especially in Dominica.

Dominican diplomat Alison Madueke, a former Nigerian oil minister was arrested for suspected bribery and money laundering; Rudolph King, a Bahamian fugitive from U.S. justice was Dominica’s ambassador to Bahrain and Francesco Corallo, who, at the time, was on INTERPOL’s list of most-wanted criminals, had a Dominica diplomatic passport.