Corrupt PLP Ministers to Be Exposed? 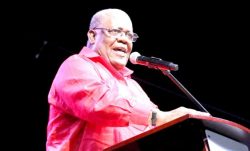 In a speech just prior to the election, former Prime Minister Hubert Ingraham recently declared, among other things, that Bank of The Bahamas needs more money “urgently” to save it from collapse.

The bank ended up with $100 million in non-performing (non-paying) loans. It was unable to satisfy its auditors that there was any reasonable prospect that the loans would be repaid, Ingraham pointed out.

“My concern about the $100 million in non-performing loans is that we, the taxpayers, are now responsible for it,” he said.

“So if any politician is caught up in this, we would wish to know and know what is being done about it.