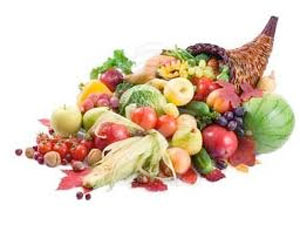 New Providence kicks off the series at the Gladstone Road Agriculture Centre, March 1.

The theme is ‘Progressing toward food security.’ Participants are encouraged to showcase the uniqueness of their islands.

“These expos have been a dedicated means of showcasing the product of the hard work, skill and expertise of our farmers, fishers and processors,” said Minister Lawrence S ‘Larry’ Cartwright.

“They also highlight the critical importance of the agriculture and fisheries sectors to the economy of The Bahamas.”

Through presentations and demonstrations by schools, he said, “expos have served to attract young Bahamians to the sectors and inspire agribusiness entrepreneurship.”

Islands joining for the first time this year are Bimini, Inagua and San Salvador. Cat Island, which participated last time, has declined.

“This increased participation of islands and districts reflect a wider and truer representation of our country,” said Mr Cartwright.

“It is an indication of the sustained interest and enthusiasm for the expos and augers well for the growth and development of agriculture and fisheries.”

These expos will lead to the fourth national expo scheduled for 2013 at the Gladstone Road Agriculture Centre, New Providence

The Ministry’s policies and programmes have been consistent with the expo’s theme, he said.

Ministry’s initiatives include the creation of marine protected areas, institution of closed fishing seasons, embryo transfer programme, enactment of the Animal Control and Protection Act, and establishment of the backyard and community gardens programmes.