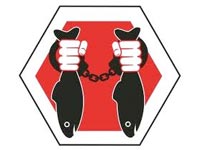 When God made The Bahamas he sat back and smiled at its beauty. Its waters were beautiful; its beaches could not be matched anywhere in the world. During my tenure as Minister of Agriculture and Fisheries some real slick wheeler-dealer came to my office and explained that if the Government would give him this and that he would build the most magnificent aquarium in the world here.

I smiled and explained to him that I lived in an aquarium; all I had to do was to put on a pair of goggles, jump off any one of these seven hundred rocks and voila, I would be swimming with the fish and have beauty all around me.

But all that glitters is not gold. One of the largest industries here is fishing. Our tranquil waters in the Southern fishing grounds will soon be red with blood. Fishing laws seem to be made only for Bahamians who are forced to adhere to Bahamian laws while the Dominicans fish our waters 365 days a year, and the Government seems helpless in stopping them.

There is a crawfish season in The Bahamas. The Dominicans seem to think the season is open all year round, and that it starts on January 1 and ends January 1 of the following year. There is much play on the fact that there is a grouper season, but this law also seems to apply only to Bahamians, as the Dominicans fish for grouper all year, process them in the Dominican Republic and then sell them back to The Bahamas. Pretty good, eh?

I see where the present Minister is trying to stop the illegal fishing by threatening the outsider with long prison terms. The Bahamas Prime Minister says he has spoken to the Prime Minister of the Dominican Republic. This is all well and good, but it is not enough. To solve this problem the WHOLE Cabinet has to be behind the Agricultural Minister. It must be a multifaceted operation that affects a number of Ministries.

1. The Marrying Game:
Years ago women would come to The Bahamas, marry a Bahamian, never consummate the marriage, become a Bahamian and divorce her husband so that he could marry another outsider. And the merry-go-round played on.

In order to stop this, the Government created the “Spousal Permit.” This allowed the spouse to do anything a Bahamian could do except vote. Having co-habitated for three to five years, the Government would then make the spouse a Citizen of The Bahamas.

The Dominican fishermen have now found a loop-hole in the law. Since he is not interested in becoming a Bahamian and only wants to go fishing on a temporary basis, he marries a Bahamian, gets a spousal permit which makes him free to do anything he wants. So, technically, he is now within his rights.

Suggested Solution:
The Minister of Immigration should have the law or regulation changed so that a person must co-habitate for at least six months or a year before being allowed to work in a profession such as fishing.

2. Boat Engineers:
It is said that there are sometimes at least eighteen engineers on one boat, all of whom are completely outfitted with wet suits and all the apparatus divers use.

Suggested Solution:
Here again, it is the job of the Minister of Immigration. So if an engineer is needed on a boat, only one permit, with the boat’s name on it, should be issued. All others found on the boat with engineers permits would be illegal and should be arrested and sent to prison or made to pay a very large fine.

3. Payoffs:
It has been said that Defence Force Officers shake down boats, especially Bahamian boats, and ignore the law breakers. It is hard to believe this but it is said that where there’s smoke, there’s fire.

Suggested Solution:
All Defence Force boats should be equipped with “tracking devices” that record all their actions as soon as they leave their moorings until they return. These movements should be recorded and monitored at headquarters. Every time a boat is boarded the name of the boat should be recorded, as well as the reason the boat was boarded, and what was found. (This may solve many of the problems out there.)

This sounds expensive. It’s not. Many companies here track their trucks as soon as they leave the warehouse. As small as our company is, with only one truck, we have the system.

This involves the Minister of Security. Let’s get involved.

4. The Prostitutes of the Industry (better known as “Fronters”)
I’m not sure that I should insult prostitutes by calling “Fronters” prostitutes. But I think that most people reading this will get the point.

All the outsiders have to do is find the well placed prostitute, especially if he is a former politician, and the rest is a piece of cake!!!

This prostitute puts the outsider’s boat in his name and has it licensed, gets the crew “spousal permits,” gets eighteen engineers work permits, and sends them fishing S 365 days a year.

If and when the Defence Force boards and inspects the boat, they come back and say “all’s” in order. After all, the boat is “Bahamian,” the crew has “Spousal Permits,” the engineers have Work Permits. The Officer is correct. All appears to be legal.

Suggested Solution:
Outlaw “fronting.” Although it is legal, it is an affront to Bahamian policy. If it’s reserved for Bahamians, then stop looking for the loopholes. Everybody knows what the “spirit of the law” is meant to convey. Greed is an awful thing. We in the Bahamas seem to have more than our share of it.

5. Fishing Traps and Condos:
Thousands of these are made every year and set in our fishing grounds by our industrious fisherman. The unfortunate thing is that those who like “slackness” raid these traps and claim that since they’re in the water anyone can take from them. They claim that since they don’t know whose traps they are, they are fair game. When I was Minister I was shocked to hear such statements so I tried to convince the perpetrators that they did not have to know who owned the traps, all they had to know was that they didn’t. I must admit, that argument went on deaf ears. Some people just like “slackness.”

Suggested Solution:
The Government should licence all traps. All traps should be numbered and carry the mother boat’s name. The licence should read that as soon as the trap is set, the square footage of sea bed it sits on should be automatically leased to the owner of that trap for a period of one year. In this way nobody can say the trap is on public land and has no name. The sea bed leases are issued by, I believe, the Prime Minister.

6. Spotting Foreign Boats:
It seems that the Defence Force relies on the local fishermen to spot and report the foreign fishermen. I am told that many times when these outsiders are reported, and the Defence Force Boats for some reason don’t show up, the Bahamian fishermen chase the foreigners out. On one occasion, I am told, the local fishermen rounded up most of the small foreign boats, took them to the foreign mother ship and went back for the remaining small boats. When they returned they saw the Captain of the mother ship handing rifles to the crew so the Bahamian boat, which was unarmed, left. The Defence Force again, for some reason, never showed up.

Suggested Solution:
The Defence Force knows where the fishing grounds are, and they, as Police, are supposed to find the poachers. This is not the job of the Bahamian fishermen. So that they can apprehend poachers, “mother ships” should be anchored in strategic areas of the fishing grounds. Attached to them should be the smaller, faster, Defence Force boats, fully manned, armed and ready to board and apprehend any and all foreign fishing vessels coming into our waters. This would alleviate long trips from Nassau or Inagua when foreign boats are reported.

This sounds difficult, but it’s not. It is commonly known that the United States of America has a satellite overhead to protect American interests here, especially AUTEC. This satellite is able to see and record every mosquito when it mates in The Bahamas. In short, they can see and report anything that comes into our waters, including illegal fishing vessels. They can be programmed, with very little trouble, to automatically report to the Commander of the Defence Force an illegal vessel, its position, etc. the minute it enters Bahamian waters. This would give the Defence Force sufficient time to reach the position reported, apprehend the boat and send it on its way.

This would take a simple visit to the American Embassy by our Minister of Foreign Affairs asking that they cooperate. I am sure that they would look favourably on such a request.

7. Discrimination:
It has been reported to me that because most of our fishermen are “white boys” nothing will be done. I don’t believe it. I know Perry Christie, the Prime Minister, and his Deputy Brave Davis. They are not like that.

Suggested Solution:
If there is a hatchet, bury it and get on with building this nation for ALL Bahamians no matter what the colour of their skin!!! Let all Ministries of the Government work together, make the laws and then say to all and sundry, “these are our laws and we intend to enforce them.”