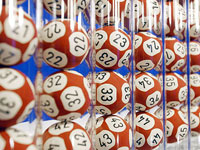 It would take more than $1 million and at least a year to structure a national lottery, said Minister of Tourism Obie Wilchcombe.

Wilchcombe, who has ministerial responsibility for gaming, said a timeframe of at least 12 months is needed to implement a national lottery to ensure that it is done correctly.

“I think it will take much longer than the web shops because that requires a whole different kettle of fish,” Wilchcombe told The Nassau Guardian.

“I do think in the first instance it might be government [that controls it] so that will take a longer process… maybe a year from now or so, I think to work correctly,” he said.

He added: “It would certainly exceed a million dollars to set it up right.”

He said the government will have to bear the cost to acquire technology to monitor the games, hire people to manage the lottery and set up agencies throughout the country where people can play.

“You can’t have a national lottery and leave out some of the islands,” he said.

The issue of establishing a national lottery will be one of two questions on the gambling referendum, which is set for January 28. Voters will also be asked if they support the regulation and taxation of web shop gaming.

If Bahamians vote in favor of a lottery, Wilchcombe said the government will study models around the world to find the best formula for The Bahamas.

He added that he has been in discussions with representatives from the U.S. Embassy in Nassau to get a handle on how much money Bahamians spend a year in American lotteries.