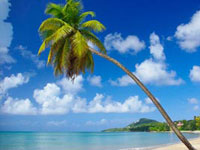 A move by the US government to crack down on foreign financial institutions (FFIs) holding accounts for American taxpayers has forced the government in the Bahamas to look at the status of thousands of trusts.

Chief executive of the Bahamas Financial Services Board’s (BFSB), Aliya Allen, explained the Bahamas would have to move quickly to implement the requirements of the Foreign Account Tax Compliance Act (FATCA).

She added that FATCA’s impact would centre on family trusts and private investment corporations (PICs), which form a major part of the country’s financial services.

“The final details released by the US Treasury have changed the landscape on whether the trusts and PICs are to be defined as an FFI or not. That’s a significant issue when it comes to the burden of complying with FATCA,” she said.

The Bahamas government is now putting together a task force which will enable the country to work to a timescale and framework on how they will meet the compliance deadline of January 2014.

Bahamas signing up to FATCA

Non-compliance will see US authorities withhold a tax of 30% on all transactions between it and the FFI involved.

Not doing anything would leave the Bahamas at a ‘disadvantage’ against their global competitors, says their Minister of Financial Services, Ryan Pinder.

FATCA compels all FFIs to register with the Internal Revenue Service (IRS) and to hand over details of any US taxpayers on their books.

However, the law creates issues in many countries because it would mean the institutions would be contravening their own laws on privacy and data protection.

As a result, many governments have signed an IGA which would see the information being handed over to the government concerned in exchange for information about their taxpayers in the US.

Mr Pinder says that now the US Treasury has unveiled its second, and final, agreement model many governments are beginning negotiations and signing up to their IGAs in order to implement FATCA.

The Bahamas, said Mr Pinder, now understand the details needed by the US tax authorities and were looking at how they could implement the agreement to best suit the Bahamas.

He said: “Not having an IGA in place will place the Bahamas at a disadvantage in the marketplace and I’ve always thought it would be difficult for us not to agree an IGA.”

He added that an IGA would also simplify the process and reduce the costs of compliance.

Bahamas Must Adapt To Tax Transparency