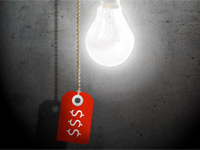 FREEPORT, G.B. – The cost of electricity in The Bahamas has no doubt hampered the progress of business and the attraction of new investors to this country, said Renward Wells, Parliamentary Secretary in the Ministry of Works and Urban Development, while acknowledging the government’s plans for cheaper sources.

His comments came as he addressed participants attending the Bahamas International Investment and Business Forum on Wednesday, February 20.  He  focussed on the topic: Powering The Bahamas – Strategies for Developing Affordable and Sustainable Energy.

He told the gathering that not only are existing businesses encountering difficulty keeping up with their electricity bills but so are regular citizens who are only responsible for their household bill.

“This has become a vexing problem and has gotten to the point where businesses have to make the decision whether to pay the electricity bill or order more merchandise.  We cannot allow this to continue while expecting growth within the business and investment sector of our country,” he stated. 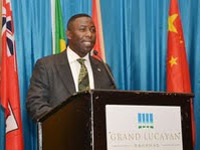 He told the gathering that the process of doing business in The Bahamas must be made as smooth and inviting as possible and that lowering the cost of electricity is one of the ways that it can happen.

Pointing out that fossil fuels are used to generate energy in The Bahamas, Mr. Wells said the government’s commitment to lower the cost of electricity through renewable energy sources and conservation, will be environmentally friendly by lessening the carbon footprint, and it will save the consumer money and hopefully help stimulate the economy.

“To this end, the Government of The Bahamas has requested proposals for various technologies that could reduce the cost of electricity.  The proposals the government has begun to evaluate are green technologies or alternative energy technologies such as wind turbines, solar farms, waste to energy, hydro, bio-diesel production, and possibly the conversion to LNG gas turbine systems to produce electricity,” Mr. Wells said.

He added that there are those who also offer generators that use heavy fuel oil or Bunker C.

He reminded those in attendance that the government’s commitment to lower electricity cost was recently communicated in the House of Assembly by the Minister for Housing and the Environment Kendred Dorsett.

He said the minister outlined his ministry’s plan to introduce the following measures as part of a plan to reduce electricity cost:

Mr. Wells also informed that with the assistance of the Inter American Development Bank and the Global Environment Facility, the Bahamas Government has also initiated two pilot projects, one being the distribution and installation of 100 solar water heaters and the second being 30 photovoltaic systems that produce electricity from solar panels.

“These pilot projects are meant to help demonstrate to the public the energy savings that can be generated by the use of alternative energy sources,” he stated, adding that so far 17 solar water heaters have been installed in new government subdivisions as a pre test, and that reports are that these systems are very effective.

Continuing, he said that once the ministry’s plans are completed and approved by the Cabinet and Parliament of The Bahamas, hundreds of investment opportunities will materialise in the renewable energy technology field, which translate to the availability of gainful employment for the Bahamian people.

Mr. Wells said he also envisioned that through their proposed and ongoing initiatives to advance renewable energy and conservation, The Bahamas will be able to attract millions of dollars in new business investment in the green energy field by foreign and Bahamian investors.

He said that this course of action has become imperative for the growth and development of The Bahamas not only for current citizens but for future generations of Bahamians.