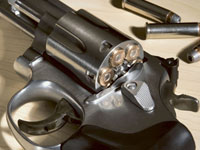 Minister of Tourism Obie Wilchcombe said recently that the government must consider conducting searches of all vessels, including cruise ships that stop over in The Bahamas, in an attempt to limiting firearms being trafficked into the country.

Wilchcombe said the details of such potential security measures will be discussed with National Security Minister Dr. Bernard Nottage.

Although there is no evidence to suggest illegal weapons are being smuggled into the country via cruise ships, Wilchcombe said the government must constantly increase measures to limit smuggling.

“All our ports, whether here in the capital or the Family Islands, we are going to have to ramp up our efforts to ensure that we are searching to find out how these weapons are getting into our country,” he said.

“It is all well and good to talk about solving the crime. The problem is crime really takes place before it happens, once a weapons have arrived in the country.”

So far this year, police have seized 54 illegal firearms and 982 rounds of ammunition.

In 2012, police seized just under 500 illegal firearms. Nottage said data indicated 99 percent of the weapons could be traced to the United States – to Florida in particularly.

Firearms were used in 79 percent, or 88, of the 111 murders committed last year, according to police. 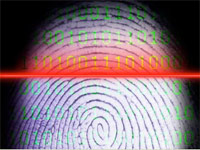