Capital Budget Allocation Had To Be Reviewed 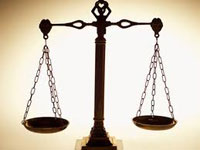 Although the Ministry of Works and Urban Development started off with an approved Capital Budget allocation of $229 million, when the budget allocation for infrastructural works were reviewed, a number of matters came to light.

Deputy Prime Minister and Minister of Urban Development Philip Davis said the Ministry found itself in a situation where it had a projected commitment to on-going and projected capital works quantified at $216 million.

“Shortly after assuming office, we had to provide additional funding of $8 million to provide for a further $5 million for the Marsh Harbour Airport Terminal; $2 million for the Queen Elizabeth Sports Centre; and, $1 million for repairs to various docks, seawalls and bridges. This resulted in a revised commitment of $224 million.”

During his Contribution to the 2012/13 Budget Statement in the House of Assembly, Wednesday, March 13, 2013, the Deputy Prime Minister said in the mid-year Budget Review the Ministry’s Capital Budget was reduced by some $70 million resulting in a revised capital budget of $159 million.

“My Ministry in its internal review of its Capital Budget, found $51 million in savings by accepting that some projects had not started as scheduled or, for good reason, had to be deferred. This results in a Capital Budget shortfall of $14 million.

“We are still continuing our efforts to closely look at my Ministry’s commitments and possible additional project deferrals in order to meet the shortfall without threatening critical infrastructure provisions.”

He said it has been completed with minor works remaining along with certain adjustments outstanding relative to the configuration of sidewalks, and accommodation works. The installation of all water mains has been concluded.

Deputy Prime Minister Davis said that all corridors except for Baillou Hill Road, Market Street, Robinson Road, Marathon Road and sections of Prince Charles Drive have been taken over by the Ministry. These remaining corridors have been put forward for taking over and are currently being considered by the Ministry.

The Deputy Prime Minister said, the Contractor’s staff is now working along the various road corridors addressing defects as well as damaged works.

“These minor works plus any defects on the completed works will be undertaken during the defect liability period,” he said.