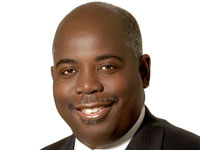 In the period July-December 2012, total revenue collected by Bahamasair amounted to $37.4 million, while expenses totalled $49.1 million, Deputy Prime Minister and Minister of Works and Urban Development Philip Davis explained during his Contribution to the 2012/13 Budget Statement.

As a result, Bahamasair incurred a net loss of $11.7 million as compared to $9.8 million for the same period in 2011, the Deputy Prime Minister said in the House of Assembly, Wednesday, March 13, 2013.

“The increase in net loss has been attributed mainly to challenges associated with an aged fleet of aircraft along with increases in airport and fuel charges.”
Deputy Prime Minister Davis said during September 2012, the International Air Transport Association (IATA) conducted its biennial safety audit.

“The review of flight operations, maintenance and customer services did not reveal any major negative findings. IATA recertification has therefore been issued through December 2014.”

In addition, he said in the month of September 2012, approval was granted for payment of overdue increments to be made to members of the Airport, Airline and Allied Workers Union and the Public Managers Union during December 2012. Similar approval was granted for members of the Bahamas Pilots Association and these payments will be made shortly- nothing having been done for either since 2006.

The Deputy Prime Minister further explained that in the month of October 2012, due to the approach of Hurricane Sandy on October 24, there were necessary service disruptions over the ensuing four-day period with the movement of the storm through the archipelago.

“The financial impact of the fleet evacuation was considered to be reduced somewhat owing to the decision to have all departures from and returns to Nassau, Freeport and Marsh Harbour operated with full passenger loads.”

“Despite adverse weather conditions during peak periods, congestion and backlogs during US Customs pre-clearance procedures and fleet limitations, Bahamasair performed reasonably well from an operational standpoint.”

He noted however that from a financial standpoint, as indicated by the net loss to date, the airline continues to struggle. The annual financial audit (2011/2012) was conducted by Deloitte and Touche and completed in December 2012.

The Deputy Prime Minister said he expects that the full report will shortly be available.

He also said that throughout the 2012/2013-budget preparation exercise, Bahamasair had requested $28 million in subvention funding and $18.6 million was approved.

“The budget re-forecast for Bahamasair is under review, as it is estimated that additional subvention funding in the amount of $11.2 million will be needed to cover a shortfall of $5.5 million from the previous year’s budget, a shortfall of $3.9 million for operations in the current fiscal year, along with personal emolument increases resulting from the recent grant of increments to Bahamasair’s employees in accordance with the terms of agreements with the relevant unions.

“A position paper/business plan for Bahamasair has been prepared by its management and was presented to my Ministry for consideration by Cabinet with a view towards changing Bahamasair’s business model.”

He explained that Cabinet is seized of the presentation and a clear and profitable agenda for Bahamasair is in the making.

No Room for Compromise in Air Safety

Capital Budget Allocation Had To Be Reviewed

Contract Worth $1.3 Million Signed To Repair Roads In Central Abaco