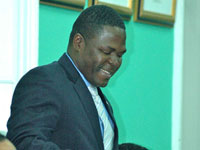 State Minister for Investments in the Office of the Prime Minister Khaalis Rolle said in the House of Assembly that attracting foreign direct investment is difficult to overcome during the current global economic crisis. He said the Bahamas Government finds itself in a very peculiar set of circumstances brought on by a set of issues, some foreign and some domestic.

Mr Rolle said the country continues a very good fight against some of the things that plague it, and the diminishing quality of life for the middle and working class.

“This was extremely evident over the past five years,” he said. “More people lost their homes than ever in the history of this nation.  The middle class, I think, was under assault.”

He referenced The Bahamas to a Small Island Developing State (SIDS), competitive in attracting foreign direct investment, but still not as good as it should be. Rolle read to Parliament from an article written recently in “The Bahamas Investor”, entitled “40 Years of Independence: Economic Freedom lies at the Heart of a Modern Bahamas”.  He said the story is about the history of the development of the independent Bahamian Economy since 1972 and it explains the current challenges the country faces in the global arena as a sovereign nation.

State Minister Rolle said the Bahamian people deserve an explanation of the work done by the government on their behalf.

Minister Rolle said the article takes a chronological journey on the country’s economic development over the last 40 years, highlighting the strong and inextricable length between economic development and fiscal performance. He noted that The Bahamas has a stable democracy and a thriving economy based on its two major industries: Tourism and Financial Services.

“Mr Speaker, my extraction from this article is that we are still doing many of the same things we did way back in 1972.  And our current path is fundamentally grounded in a strategy that was formulated in 1972 with some exceptions.  There is a strong suggestion that diversification is a difficult proposition, particularly in agriculture,” said State Minister Rolle.

“The kicks are being made that The Bahamas doesn’t have the capacity to diversify our economy, particularly in agriculture because we don’t have the economy of scale.”

Mr Rolle recalled a conversation he had with an American investor, who said that the U.S. doesn’t mind the business, however, wondered why The Bahamas imports so much food and everything that it consumes, while having so much undeveloped land available for farming and developing national industry.  Mr Rolle said it was difficult for him to answer the question.

“I don’t share the view that it’s difficult for us to diversify, Mr. Speaker.  The strategy that was given to us in 1972 is clear. It was deliberate and it brought us to where we are today.  And, I think Mr Speaker, the Government at the time, just before Independence made the decision to take The Bahamas along the path of prosperity and organised development by establishing institutions and the framework for the management of these new ideas.  So Mr Speaker, there is an indicator, a model, that brought us to where we are and it has done so successfully,” said Mr Rolle.

He said the article also spoke about how the Government of The Bahamas recognises the [financial services] sector’s potential and the assimilation of foreign institutions to form the basis of the newly liberated nation’s economic vision through its commitment to encouraging foreign investment as part of its economic development strategy. 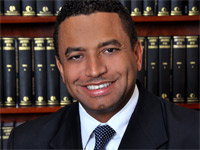