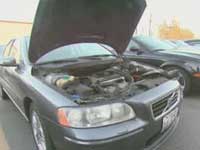 Tensions continue to rise as motorists experience more vehicular headaches due to “contaminated” fuel being sold at gas stations around Grand Bahama.

The island’s leading fuel provider Freeport Oil Company Limited (FOCOL) is the target of angry car owners whose vehicles have undergone extensive fuel system repairs at a number of auto repair garages at the owner’s expense.

Irate motorists have inundated The Freeport News’ Editorial department with their concerns.

While some motorists have acknowledged that FOCOL has done its best to analyze and process their auto repair claims, others say they want FOCOL to be forthright with the fuel situation, remove the “muzzle” and treat car owners fairly.

One motorist who wished to remain anonymous said, “It is just ridiculous for us to be treated in this manner.

“This bad gas is causing me and other motorists out there time and money that we do not have to spare. In fact, in the economically depressed state in which we are living, it is hard for us to pay a utility bill let alone having to have our vehicles damaged and be made to pay for it before they even consider processing your claim.

“What is more upsetting is the fact that when you call FOCOL there is no one available who can address your concerns, and when you go to the respective gas stations to make a claim you can never have a face to face meeting with someone in proper authority.

“Apart from this, the claim sheets they have you fill out is not one with a proper business head. It looks like something a two-year-old has put together and that definitely will leave a bad taste in anyone’s mouth who are sensible and reasonable and know what a proper claim sheet should resemble.

“I feel if persons are bringing in everything they need to show their claim is indeed real and valid (Car title, insurance, driver’s license etc.) FOCOL should move swiftly to help.

“Keep in mind many persons are either under-employed or unemployed, and even more use their vehicles for work purposes and without it their livelihood is in further jeopardy.”

According to Automotive & Industrial Distributors Ltd. (AID) general manager Harazette Watson on a daily basis more than 30 cars are being accessed and repairs completed to fuel systems with problems ranging from a loss of power, hesitation, engine shutting off, vehicles only being able to move at a speed of five mph, super-heated catalytic converters, which are causing passengers to smell a nail polish remover/baked bread type odor, loud engine noises and aggressive idling as a result of the “contaminated” fuel.

Watson says he believes FOCOL is doing all it can to assist the motoring public but he suggests that motorists exercise caution at the pumps and stay away from purchasing regular fuel which seems to be causing car owners the most stress and frustration.

Being proactive at the pumps, ensuring gas purchases of super fuel only and using fuel treatments before your car experiences any of the aforementioned problems may keep you in the clear for a while but no car is safe.

“Our auto service department has seen these problems with all makes and models of cars whether the car is made in America, Japan, Germany or Europe.

“I cannot say that one particular brand of car is coming in more than the other as all are being adversely affected.

“Also the durability of the fuel injectors, strainers and filters can handle some of the adverse affects of the “contaminated” fuel,” said Watson.

The AID general manager also revealed that a system has been implemented at the company in order to handle the tremendous amount of motorists bringing in their vehicles to be accessed and have the necessary repairs made.

Motorists are advised to come into the company in the early morning hours and have their vehicle placed on the appointment sheet in order to have it serviced in a timely fashion and no more than a total of 30 cars are being repaired daily.

Watson revealed that service mechanics at AID have noted that upon working on vehicles coming in with “contaminated” fuel problems, a discoloration in the fuel itself has been recognized along with severe sludge and mud-like emulsions in the fuel.

“We have seen some of the fuel going into phase separation and that happens when the fuel has absorbed as much water as it possibly can and once it arrives at this point and cannot absorb any more water, it begins to separate from the fuel.

“The atoms in the fuel (chemical ingredients) begin to breakdown and you will see that some sludge begins to build up and this can cause major failure with not only the vehicle’s fuel injectors, strainers and filters but the fuel pump as well.

“This phase separation causes the fuel pump tremendous strain to push as it is now an even heavier medium and it essentially clogs the fuel system making the problems more extensive,” said the AID general manager.

Darren Cooper, owner of D’s Car Rental, who was in the process of purchasing fuel injectors at AID, said his company was the first to have problems as a result of the “contaminated” fuel. Thankfully however, he said his team called FOCOL who sent their fuel specialists out to his business to inspect all 21 of his rentals that were damaged.

“We contacted FOCOL three days following our experience with the “contaminated” fuel and they sent out an inspector to inspector all 21 vehicles that were facing the issue. The inspector noted that we did have the problem as a result of the fuel and we got their assurance that they would look into it and get back to us.

“FOCOL did just that and all 21 of our vehicles that we had to have the fuel injectors replaced or cleaned at B & B Auto Repair Company, FOCOL has fully compensated us.

“The owner of B & B Auto Repair Company Barry Fynes did a good job so we are pleased to have our vehicles all up and running.
“We have stickers in all our vehicles instructing renters to only purchase super fuel but from time to time some persons have forgotten and put in regular fuel,” he said.

While Cooper notes he is pleased with his treatment from FOCOL he revealed he is unhappy with the fact that once you made a claim and receive compensation, should you face the same problem FOCOL will not reimburse you for any further damages.

Both Watson and Cooper advises the motoring public to continue purchasing super fuel until the entire Grand Bahama community is completely assured that the “contaminated” fuel crisis has been rectified and it is safe to once again use regular fuel.

Attempts to reach management of FOCOL for comment proved fruitless up to press time.