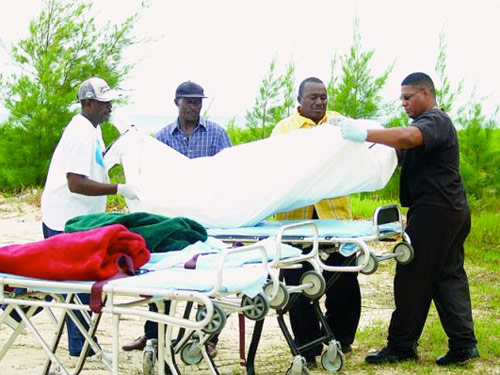 A police investigation is underway after six bodies, including that of a child, were found washed up on the beach at Holmes Rock, Grand Bahama.

A short time later, two more were discovered near a sunken boat about half a mile from the shore, officials said.

The first set of bodies — four women, a man and a boy — were found at about 8.30 a.m. near the cemetery on Holmes Rock’s seafront.

They are believed to be illegal immigrants who were trying to make their way to the United States.

Assistant Commissioner of Police Hulan Hanna said after receiving the call about the discovery of bodies, officers were immediately dispatched and upon arrival at the scene they discovered the bodies of a man and a woman.