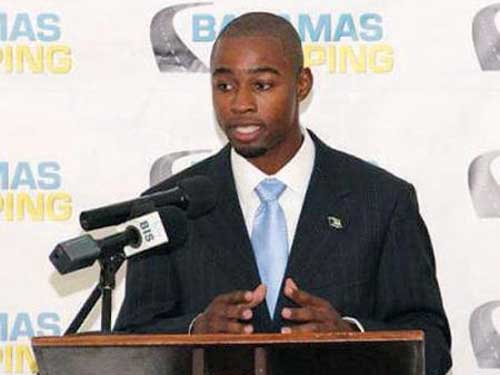 Bahamas Striping is set to sign a two-year agreement with a leading airport striping company as it seeks to expand its business and take on more employees in the coming months.

He believes this agreement will put the Bahamian-owned company in a better position for growth as it looks to maintain airports in addition to roads.

The decision to add airport maintenance to its services is one that’s in line with government’s commitment to gain control of the country’s airspace.

“We just finalized an agreement with a company called Highlighting International. They’re the world’s leading airport striping company. They maintain airports,” he said.

“It’s a two-year agreement where they come and lend us their expertise in training.”

“We know the government is in the process of trying to take back our airspace, so with that they will have to keep all airports up to Federal Aviation Administration (FAA) standards. This just fell in place to what we already had in mind as a company.

“Overall, everything is starting to fall in place and we will be officially signing the contract on August 6.”

Mitchell noted that the first airport his company will work on is the one in Mayaguana, a joint venture between his company and the team from the Highlighting International.

Other projects on the drawing board for Bahamas Striping include road works in Abaco, Norman’s Cay and Bimini.

Mitchell’s announcement comes on the heels of the company’s groundbreaking ceremony for its $400,000 office complex set for the Soldier Road Industrial Park.

The steel structure is being built to help train teams of young men in various aspects of striping, road maintenance and the manufacturing of various concrete products including wheel stops, paving stones and anti-parking pyramids.

Recognizing that The Bahamas is still in hard economic times, Mitchell made the decision to use more than one contractor to build the office complex.

“I didn’t give the contract for the office to just one contractor. We know that we are in hard times with the economy right now, so I wanted to spread the work throughout the construction industry. I have about five to six construction companies working on the office,” he told Guardian Business.

“The company has reached its three-year milestone, but we are trying to get it up to the five-year milestone. That’s why I decided to build the office. Once we get the office up and running, then we are going to be expanding our training program and offer more services. We look to be a full-fledged road maintenance company.”

Once the office is up and running, Mitchell will be looking to hire an additional 30 people for striping and road maintenance.

Allen Albury, the company’s managing director, confirmed that these latest set of projects is in keeping with Bahamas Striping’s core focus of job creation and training. He maintains that at the center of that is proper training of its employees.

“In the coming months, you are going to see an increase in the number of jobs that are going to be created,” Albury said.

“You cannot wait for a segment or an area of the economy to open up, so what we are doing is analyzing our economy and looking at growth sectors, areas that are not being serviced by Bahamians or are not getting the attention they need. We are looking for ways that we can employ more Bahamians and train them.”

Mitchell said the company intends to grow into a full road services maintenance company, where it can install or provide anything related to traffic safety and road maintenance except the actual paving of roads.

Bahamas Striping was started by 26-year-old Mitchell after he was provided with a $5,000 government grant three years ago.