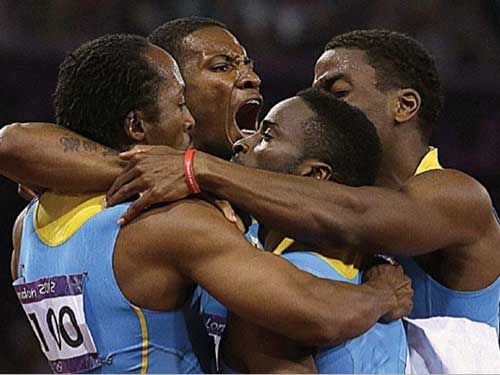 Can The Bahamas reclaim its global crown in the men’s long relay, or can the country be competitive in any of the other events?

Those are questions being asked by a number of persons in the track and field world, as the inaugural International Association of Athletic Federations’ (IAAF) World Relay Championships descend upon The Bahamas next year.

The 14th world outdoor championships in Moscow, Russia, are now over, and now everyone is waiting to see what kind of job The Bahamas will do with its first global event next year. The 2014 IAAF World Relay Championships are set for May 24-25, 2014, at the Thomas A. Robinson National Stadium.

IAAF Council Member Pauline Davis-Thompson, who is understandably a part of the local organizing committee (LOC) as well, said that it is imperative that The Bahamas not only put on a grand meet, but also that our athletes perform exceptionally well.

“I guess I feel a little anxiety because the world relays are going to be home in The Bahamas, and we need to have a good showing. The Bahamian people are going to come out and support our team, and our boys and girls are going to have to be running well. A lot of that stuff is running through my mind.”

Davis-Thompson’s concerns stemmed primarily from The Bahamas’ performance in the four relays at these world championships in Moscow. All four teams were able to qualify for the global meet, but none of the four made it through to the finals.

Particularly hurtful were the women’s 4×100 meter (m) relay squad which posted a fast enough time but was disqualified, and the men’s 4x400m relay team which is the reigning Olympic Champions. They won that title by stunning the United States in London last year, posting a national record time of 2:56.72 to end the Americans’ 60-year reign.

This year, three of the men who ran in that Olympic final in London were out injured and The Bahamas had to make do with a makeshift team.

“I was really hurt about the men’s 4x400m relay team in particular,” said Davis-Thompson. “We have a number of guys who are injured, Demetrius, Ramon and Michael, and that’s three of our top qualifiers who are injured, but I felt that we still had some depth to the point where we could make the final, and when you get to the final anything is possible.”

Simply put, Davis-Thompson said that the men have to get healthy, and the women need to be running better and avoid any mistakes.

Overall a number of Bahamians here in Moscow are excited about the inaugural world relays coming to The Bahamas in 2014, and the promise that it will be held on our shores again in 2015. The events contested will be the 4x100m, the 4x200m, the 4x400m, the 4x800m and the 4×1,500m, all in both genders. The economic boost is expected to be grand, as the IAAF vies to expand its reach to every area in the world.
“I want us to do well as a country in the hosting of the event because the world is so excited about coming to The Bahamas, and they anticipate having a great time,” said Davis-Thompson. “We’re going to be the first to host the world relays, and that alone says a lot about our country. This is a great opportunity for The Bahamas to capitalize on this.

“We may not see the return right away, but you have to think about it long term. It’s like building a house, you have to start from the foundation and work yourself up. People are excited about coming to The Bahamas and we can’t afford to let the world down.”

According to reports, meetings between IAAF officials, members of the LOC and Bahamian government officials last week regarding the hosting of the inaugural world relays went well, and all signs are positive heading into the event.

The 2014 World Relay Championships will be just the second global summer athletics event to be held in the Caribbean, following the 9th IAAF World Junior Championships which was hosted by Jamaica in 2002.