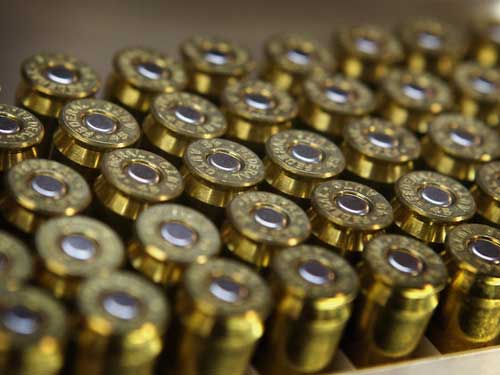 Federal agents said they found four assault rifles, a handgun and about 3,000 rounds of ammunition inside a sailboat belonging to an Arizona fugitive.

Robert Joseph Van Gundy, who is wanted for sexual assault, and his wife, Arielle Van Gundy, were arrested as they headed to their boat at a marina in Miami.

They had driven from Arizona to Florida, and planned to sail to the Bahamas, The Miami Herald reported.

Arielle Van Gundy faces felony charges for carrying a concealed firearm, and had a bond hearing this week, the Herald reported.

Van Gundy is wanted in Chino Valley, where he faces charges of sexual exploitation of a minor and sexual conduct with a minor.

Local authorities issued a warrant for his arrest after he failed to show up for court Aug. 14, U.S. Marshals spokesman Barry Golden said.

Agents said they found the guns and ammo in the sailboat on Thursday, August 29, 2013.

The couple purchased the $4,000 sailboat about a month ago.