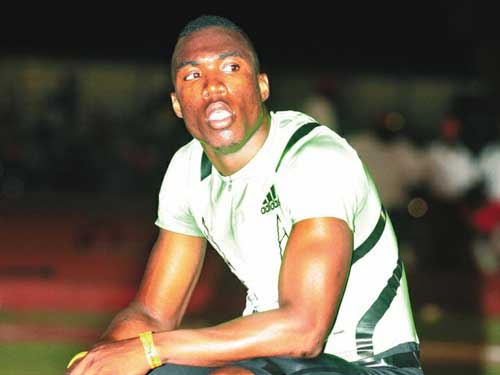 Trevorvano Mackey,  a prolific sprinter from the Bahamas, has tested positive for a banned substance.

Mackey, who mainly competes in the 100 and 200 metres, failed to show up at the World Championships.

The Bahamas Press reported that Bahamian officials were made aware of the positive A Samples just after the team list was submitted for Moscow.

Mackey, who qualified for the 2012 Summer Olympics running a personal best ofn20.52 over 200 metres, was included on the team, but failed to show up at the opening ceremonies.

He is the latest in a number of Caribbean athletes who have failed anti-doping test.

Trinidad & Tobago sprinter Kelly-Ann Baptiste, who won a world 100 metres bronze medal in 2011 and was considered a medal prospect for Moscow, tested positive for a banned substance as well.