Club 1600 Hosts Back To School Event 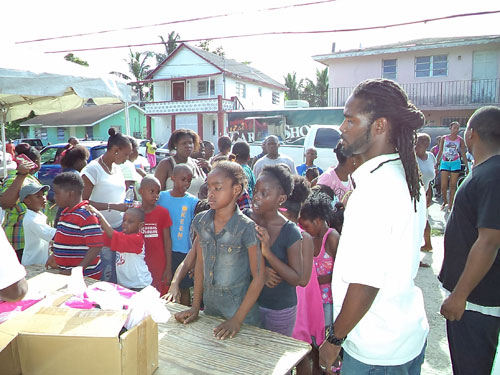 A known community activist, Percentie possessed a bright future prior to his tragic shooting death back on September 7, 2011.

Top: Children line up for their back to school gifts.

A banner sports a picture of Neil Percentie.